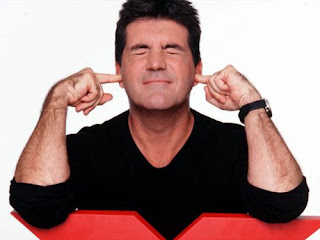 I've already resigned myself to the fact that the X-Factor has now cornered the market for Christmas number ones (believe it or not, this year will be the 4th year in a row), but it's getting even more serious now.... If today's mid-week chart is anything to go by, it looks like the whole of the Christmas top 5 could be (in one way or another) X-Factor related:

1. HALLELUJAH - ALEXANDRA BURKE (This one goes without saying)

3. HALLELUJAH - JEFF BUCKLEY (yeah, I KNOW what you're thinking, but would it have been shifting these sort of units if it wasn't for the exposure the song has had via X-Factor?)

4. IF I WERE A BOY - BEYONCE (the song Beyonce performed on the X-Factor final at the weekend)

5. LISTEN - BEYONCE (re-entry for this song that Beyonce and Alexandra Burke performed as a duet on the X-Factor final at the weekend)

Apparently if Jeff Buckley's version sells another 10,000 or so by the weekend, he could snatch the Christmas number two slot. I don't think there has ever been a time when numbers 1 and 2 in the chart were the same song.

So how did we get to a point where the X-Factor is such a big influence on the charts? Y'know what, I think the answer is actually pretty easy... Like it or not, The X-Factor is now the only mainstream, prime-time music show on TV. Sure there are some great music shows tucked away in the schedules for us more discerning customers... none more so that our very own Rockmother and her tip-top From The Basement. But there is a (worryingly) large army of people out there for whom music does not play all that big a part in their lives, and they are happy to listen to whatever is put under their nose. They like what they see on TV and hear on the radio, and by and large - that's what they buy. So, if the X-Factor is the only music show these people see, it's not surprising how it is influencing so many sales\downloads. Perhaps the loss of shows like Top of the Pops is finally starting to show. I mean it was never great, but it did always show a cross section of music and styles, from The Smiths to the Spice Girls, The Sisters of Mercy to Cleopatra (commin at 'cha!), they were all on there. Towards the end of it's life it even gave 'new releases' an airing too. Much better than having a show limited to what Simon Cowell wants you to watch\listen to\buy. But what do I know??!

Incredibly, over 170 people have covered Hallelujah in the last 20 odd years. So who's version is the best? (where's Harry Hill when you need him??!) Personally, I couldn't give a flying fuck! but here's the 3 versions 'of the moment'.

I can tell right now that The X Factor would get on my last nerve !!

you're not wrong Heff! This prog is exclusively for non-music fans!! I thought there was a US version of it now tho?

Now lookee hear. I love Jeff Buckley, but let's face it, this song would get on anybody's tits over time. I think the only reason that Buckley recorded it was because God bestowed upon him (the same as he did his old man before him) the gift of a wonderful voice and he was compelled to sing this awful song. I don't give a shit who is #1 at Christmas. Do you?

There's a chance that Peter Kay... sorry Gerraldine will knock them off the top

hey funny word verify given what I think of some of this... tryonts... indeed.

Col - yeah know what you mean... i'm not crazt bout it either (and never was), but all of a sudden it seems to be everyones favourite song EVER!! This could be as annoying as Robbie Williams' Angels!! Will everyone want Alexandra Burke played at their funeral now instead of poor ol Robbie??!

Furtheron - wouldn't that be something??!! Everyone should buy it just to piss off Simon Cowell! Mid-week chark has him at number 8 tho, so quite a few more sale needed there :-(

Hate to to take a detached view on this, but the singles charts have never struck a cord with me.....a bit like X-Factor I suppose.

Buckley's version is best,good singer that bloke and a sad loss (he was listening to Led Zep when he drowned though so at least he went out smiling eh ?).I'm one of the few that hate's Leonard Cohen's dirgy music, good every one kisses his arse !. I hate the singles charts i hate x factor bah humbug :-).

Fuck i meant to type GOD EVERY ONE KISSES HIS ARSE NOT GOOD EVERY ONE ETC ETC . Wanker !.

Carl - don't think you're on your own there mate, and seeing as i think this is LC's fisrt (EVER?) 'hit' in some 40+ years of being in the biz, i'd say you were in the majority! Never been a fan either, and never liked this song.

This 'thing' tho is reminding me a bit of when Perfect Day became a hit for some BBC charity single. All of a suddem, it was the most profound sone anyone had ever heard, and it was everyones favourite song...

PS - JB obviously did shift those few thousand more then, as it did indeed end up as number 1 AND number 2... freaky.