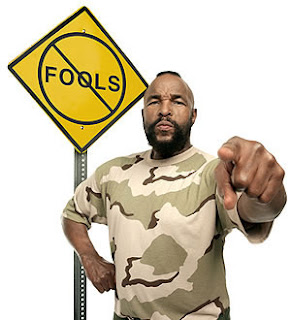 So there I was, late last Wednesday evening, bashing out a post about wee Johnny Rotten's crappy adverts. By 9am the following morning I've had 100+ hits and 7 comments... great I thinks, until I read em... Looks like my post may have hit a raw nerve with a die hard JR fan, refusing to believe their hero could possibly sell out. Whoever it was, they had taken umbrage with Start The Revolution Without Me! and the word must have been out on some forum to bombard me with comments (there was also some jiggery-pokery going on, that meant the website that the link was coming from was masked in my stats information). I mean, it's not that the comments were rude or anything like that, they were just rubbish! Random rubbish! Then I spots that some of my older posts have had random rubbish added to their comments too!

At lunchtime I can access the site, and promptly delete all these outpourings of a imbecile, I change my comments settings so that I have to approve them before they go live, and that's that. Despite this, the hard of thinking still waste much of their valuable time submitting more random rubbish throughout the day! I take great delight in reviewing and deleting each one!

By the end of Thursday I'm delighted to see my hits counter top 500 for one day! (and close on 1000 page views!) I mean fair play to whoever it was who did this, I've pimped and hawked some of my posts on all sorts of websites and forums over the last year, but never to the success of 500 hits in a day! I start to think if I can employ this genius in the PR department here at Piley Towers. I turn in on Thursday evening a happy man, moderating the comments section is a small price to pay for such an increase in traffic! Friday again brings brisk business, although not as busy as Thursday, and the weekend stats too were well above average.

So, to whom it may concern, a sincere thank you for all your efforts in helping to promote this blog and all who sail in her, it's much appreciated. Fresh from the success of last weeks post, I'll shortly be starting a new feature where I knock other celebs with a hardcore following.

PS - Sorry to all regular comment providers, the 'moderating comments' setting will remain for the time being. Do please stick with it.
8 comments: 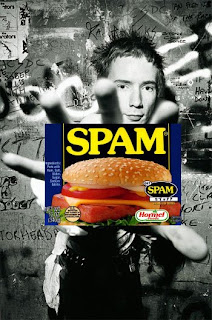 I can't believe it! Just about my all time hero has gone and pissed me off not once, but twice in little more than a month! If you are a regular reader, then you'll already know that I was less than impressed with the Sex Pistols when I saw em last month (full review here). Reason? One Mr J Lydon. Now he's gone and made two of the worst adverts I think I've ever seen, and what product has he put his once credible arse on?? Country Life Butter!

Over the years, many have been tempted by the sell out, but Lydon always seemed to rise above it all. There was something about the man that always seemed to embody the true spirit of punk, and whilst the fire faded in many, Lydon maintained the rage that he had back in 76. I even forgave him in 2004 when he went on 'I'm A Celebrity... Get Me Out Of Here'. Once I got over the initial shock, he actually became compulsive viewing, as he ranted, snarled and swore his way through camp, giving airheads like Jordan and Kerry Katona a few home truths in the process.

One of the things that annoyed me when I saw the Pistols live the other month, was Lydon continually going on about how 'great' Great Britain was. It was so insincere, especially from a man who has lived in LA since the 80's. Yet once again in these adverts he's banging on about all things British.. Has 'ol Johnny got an eye on the vacancy left by the Queen Mum a few years back?

These new ads really are embarrassing, I mean you can't even pass them off as an ironic, tongue-in-cheek kinda thing. Johnny Rotten is the ultimate iconic image of Punk, and the 70's, and right through the 80's and 90's he never sold out. The man has obviously done the adverts solely for the money, and good luck to him if that's what he wants (although I doubt he's short of a bob or two with his property business and millionairess wife), but it's a shame to see him sell off his credibility so cheaply, watering down his image more and more in the process, with each ill-advised move.

If you've not seen them, my advise is don't click on the videos below, and keep the memory of Johnny Rotten alive! Mind you, if you DO risk it, the second ad is followed by a pretty funny video by Mick Jones and Tony James' new band Carbon Silicon - The Whole Truth.

To help erase the memory, here's the man again performing my all time favourite record, in what is still one of the most mesmerising videos ever: 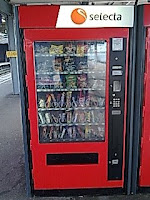 You can forget yer Langan's, and your poncy squirrel meat, Crayfish tails and Smoked Trout Frikkadels with Charred Limes.... The posh nosh stakes were raised yesterday morning when I found the most extravagent vending machine ever!!! Had I not already dined on Frosties, a yoghurt and a slice of toast some 30 minutes earlier, I could have breakfasted in real style on the platform at Leigh-on-Sea train station.

Passing the time whilst waiting for my train, I gazed gormlessly into the window of the vending machine, and was presented with pure decadence... forget Walkers crisps, only McCoys and Doritos are good enough for your Leigh customers. Can of Coke? forget it, only trendy cartons of juice and cans of health drinks that I've never heard of available here. Fancy a pack of Maltesers or M&Ms? well only cinema size bags are worthy enough... it was like the credit crunch never happened! But hey, what the fuc 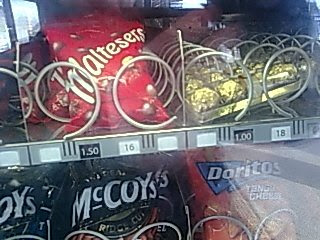 k is that, sitting in the top right hand corner, number 18?? a pack of 4 Ferrero Rocher!! "Why Ambassador, you're really spoiling us now"!! I fully expected to see fresh caviar hanging from one of the sections, but alas it was not to be (although I was on a late train, so maybe it had already sold out).

Apologies for the naff pictures, once I was safely on the train, it dawned on me that my mobile was set to take the lowest quality pictures... still ya gets the idea right?!

So whats the oddest item you've ever seen in a vending machine??

UPDATE: Thanks to John who e-mailed me this link to a website choc full of vending machine madness!! Thanks John, although you really coulda just posted it as a comment and taken all the glory!!! Genius!! 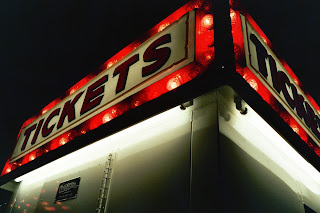 Can anyone pinpoint the time when concert ticket prices went bonkers? My guess is around the year 2000.
I've been a regular gig-goer for over 25 years, and although prices have always been going up, between the early 80's and mid to late 90's, the increases always seemed to be fairly negligible... the odd 50p here or a pound there. But the last few years has seen prices going up by five and ten pounds a go. Today, tickets for any 'established' acts will now easy set ya back £50, £60 or £70.. which is outrageous for a couple of hours entertainment. Someone in my office was looking at tickets for Elton John, and was told they were over £100 each... face value! Oh and don't get me started on booking fees, handling fees AND postage fees!! (I remember when it was a 50p charge no matter how many tickets you bought!). Yet the 'entry level' gigs - and often my favourite shows... new bands in dark, dingy, small clubs - have changed very little, and it's still easy to have a cracking night out for a fiver.
For quite a while I remember that a fairly big gig was equal in price to an LP (about a fiver in the 80's and about £10-12 in the 90's). I remember this particularly in the 80's, as I was on very limited funds, and often had to chose between the two.
My theory for the incredible price hikes is that artists just ain't making the money out of releasing albums anymore. Live shows are probably the only way they can make money these days, so are fleecing the fans for as much as they can get. The arrival of e-bay has also not helped. Now every fucker is a ticket tout, buying up tickets for hot shows they have no interest in, and making the gig sell out quicker in the process. They then offer the tickets up on e-bay within minutes of buying them ("genuine reason for sale"... yeah, you are genuinely a greedy fucker!) for a bargain quadruple the face value. The trouble is, people by 'em. Once artists find out their tickets have been selling for double, treble or more, they are certainly going to think carefully about the ticket prices the next time they play. At some point, I'm convinced that some greedy promoter will cut out the middle man and put every single ticket for a show up for auction only... ensuring they can claw the maximum amount out of the poor old fans.
My mates have always taken the piss out of me for keeping my old ticket stubs, But these days they actually make quite interesting reading. Unfortunately I tend not to keep new ones these 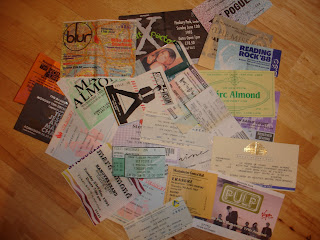