Podrophenia goes weekly and LIVE as of tonight! 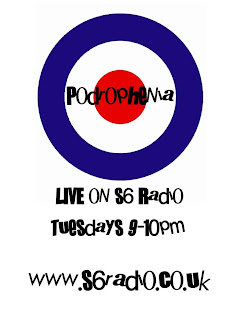 Well if you haven't already picked up the news, a final shout out that the lovely people over at S6 Radio have asked Mondo and I to do a weekly live radio version of our Podrophenia show... It'll be much like podcasting, but without a safety net!


We start our run tonight, 31st May, from 9 till 10pm. We'd be delighted if you'd pop by for a listen. Just go to http://www.s6radio.co.uk/ and click on the player. We also have a page on their 'presenters' section, if you fancy a peep.
There is a comments box on the website where you can leave a message - these come up on a screen in the studio, so please do drop us a line during the show.
Hope you can make it for the inaugural flight of Radio Podrophenia!! 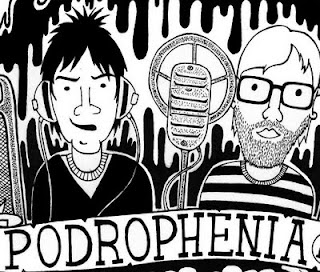 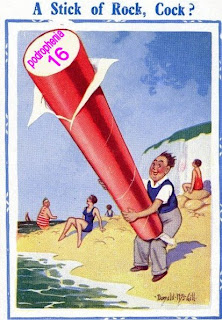 Here we are again campers, climb aboard for the Podrophenia 'works beano', and have a listen to our Holiday Special. I hope you've packed your Speedos, sun-cream and sun-glasses....
There's plenty of holiday stories (mostly disasters), Piley's Newsround and even a bit of Wood-Watch! Plus all 10 tunes come courtesy of ccompletely new artists to Podrophenia. What's not to like?!
There's also an exciting development about future shows...
If you've got your boarding pass, you can download straight away Here: Podrophenia 16 - Holidays
Or Play Here
Or pick it up from iTunes Here (along with all previous shows): Podrophenia on iTunes
Piley
1 comment:

As mentioned in my previous post on British wrestling, there was a period when I started collecting the advertising posters for the evenings events. In those days, all the posters were put up on corkboards with drawing pins, so if you were a bit sharpish on your exit, you could whip down the poster as you breezed by it in one smooth action! I've found a number of them in the loft, although not managed to unearth my wrestling programmes as yet.

It was a real nostalgia trip going through these old posters once again. They brought back some happy memories from a time when things were much simpler.

Finally, every year there is a British Wrestlers reunion, where grapple fans can meet up with their heroes (and villains!) from yester-year. All the details of past and future events can be found on their website. There are literally hundreds of photos from the events on their site too, but to finish, here are a few recent shots of some of those Saturday afternoon favourites who have been mentioned on the posters above...
﻿﻿
﻿﻿ 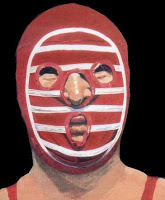 It's funny how things can trigger off a buzz in your brain.... A couple of weeks back I was (finally) cobbling together my order for Olympic tickets, in amongst which was a session of Wrestling. When relaying my selections to a colleague at work, I said that I hoped Catweazle, Big Daddy and Rollerball Rocco would all make it to the semi-finals. The joke fell flat, and I was solemnly told that the type of wrestling those guys did back in the day was 'fake', and not the same thing as Olympic wrestling at all. Pheww, tough crowd my office at times. I took it on the chin....

But as a kid I was obsessed with British wrestling, and would watch World of Sport religiously every Saturday afternoon to catch all the latest bouts.... all enthusiastically commentated on by Kent Walton (and his weekly welcome of "greetings grapple fans"). One of my fondest memories of childhood, is the large chunk of the 70's when my dad would take me on a monthly trip to see the wrestling live. What a magical world it seemed to me back then... so glamorous, so exciting, such passion, and of course, such sport!

Despite my dad always telling me it was 'fixed', I just couldn't comprehend it at the time. The thought that the two warring gents in their underpants in front of me, may have hours earlier shared a pie, a pint and the petrol money to get there was just too absurd to take in... The atmosphere was electric, and the crowd would really live each bout. The front row was always hogged by dangerous old grannies, armed with handbags and umbrellas with which to thump any unlucky 'baddies'. Of course you could smoke where you liked in those days, and the image of the heavy cigarette smoke rising towards the huge hot lights above the ring is still crystal clear in my mind.
Wrestling has a long and distinguished history in Britain, however it wasn't until the 50's - when ITV started to broadcast it - that the nation really started to take it to it's heart. By the 60's it was just about the biggest sporting attraction on TV, and many of the stars of the day became household names... Jackie Pallo (Mr TV!), Mick McManus, Billy Two Rivers (real life father of designer Wayne Hemmingway) and many more.

Just about the most recognisable name ever to come out of British wrestling started grapplin' in the late 1950's, but it would be almost another two decades before he had become Grandma's favourite.... The Blond Adonis, Mr Universe, Yukon Eric, and The Battling Guardsman were all names that Shirley Crabtree wrestled under (who had at one point been a member of the Coldstream Guards). But it's as 'Big Daddy' that everyone will remember him. Until 1976, he mostly wrestled as a villain (known as a 'heel' in the trade), and most notably was 'tag-team' partner with Giant Haystacks, who would eventually become his biggest foe. But with the introduction of a sparkly top hat, union jack clobber and glittery cape (and not forgetting the 'We Shall Not Be Moved' intro music!), Daddy was quickly transformed into the ultimate good-guy ('face'). The most recognisable British wrestler ever? Probably... One of the worst British wrestlers ever? Most definitely. Bouncing opponents with his huge belly, then flattening them with it whilst they lay sprawled on the canvas ('The Big Daddy Splash') were hardly the most technically gifted of moves. But the crowd loved it (and apparently the poor guy who got flattened by his ever expanding bulk used to get an extra fiver in his pay packet, so not all bad). 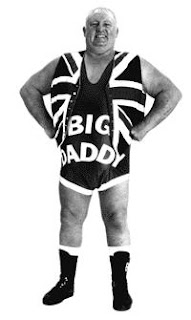 I can still remember the extra excitement that a visit from 'Daddy' would bring to the live shows. Yet in reality, he was a distinctly unpleasant man. His carefully portrayed image as the 'friend of the children' was far from the truth, and he would always ignore and push past the adoring kids who gathered around him, as though they weren't there... until the occasional months when ITV were in attendance, recording for World of Sport, when of course he magically became their best pal... well until the cameras stopped rolling anyway. He was even worse after the shows... I was always hungry to obtain autographs at the end of the evening, but after several attempts, gave up on the ignorant Daddy as he ritually brushed past me month after month as though I didn't exist. 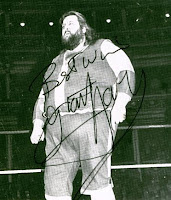 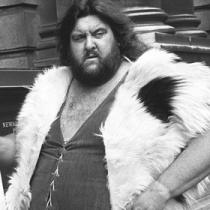 My favourite wrestler was a guy called Sammy Lee. On the posters they used to make out he was related to Bruce Lee, all lies or course, but it put a few extra bums on seats. Many years later I would learn that 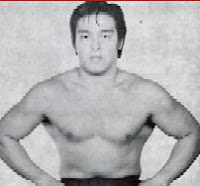 Sammy Lee (real name Satoru Sayama) became a true legend of Japanese wrestling, when he took on the alter-ego of the legendary NJPW (New Japan Pro Wrestling) wrestler 'Tiger Mask'. Tiger Mask was such a huge hit in Japan, that after Sayama left, a whole series of replacements took on the role, and to my knowledge, there is still a Tiger Mask in action today! Sayama was also a hit in the American WWF in the 1980s. He was years ahead of his time in the 1970's and his speed, agility and high risk all action moves were very much at odds with the lumbering beer bellies, and old boys. Unfortunately Lee was often paired up as a tag team partner with Big Daddy, but his solo matches were dynamite.
Yes it was naff, but it was great fun too, and so 'of its time'. But whatever happened to that 'camp' style of British wrestling? When ITV stopped broadcasting it in the mid 80's, it signalled the decline and fall. It limped along for a few more years, but big budget American wrestling put the final nail in the coffin. However British wrestling has returned, but your granny wouldn't like it anymore.

To think I was going along from the age of about 7, today's British wrestling is very unsuitable for kids with 'hardcore' matches, chairs & much more graphic violence (real or otherwise). All we can do now is think back to the days when wrestling was in rounds (like boxing) and decided by 2 falls, 2 submissions or a knockout! And don't forget those "public warnings"!


All of this reminiscing (which don't forget, was all instigated by ordering Olympic wrestling tickets!), reminded me that up in the loft I still have the memorabilia I collected in the 1970's. A quick pop up there and I immediately found all the posters I'd saved from the shows. They were huge! and I always tried to nab one off the wall as I exited the venue. Not found my programmes from the shows yet, but it's only a matter of time!
I'll follow this post up in a few days with photo's of some of the posters I found in the loft....

VIDEOS
This clip of a Big Daddy entrance is fantastic! Wonderful shots of the front row grannies throughout, and Daddy on his best 'kid loving' behaviour. Funny enough, Sammy Lee is his tag-team partner in this one, although you won't see much of him. Nice 'Kill Bill' jumpsuit though!

Big Daddy & Giant Haystacks camp it up on Tiswas (part 1)