I've already seen a number of lists highlighting the year that was 2010.... best\worst films, best albums, best TV show etc etc. But over the last few days I've been thinking about the 'word' of 2010. "You've too much time on you

r hands Piley" I hear you cry, but I didn't spent that long on it... honest!

So what's the rules then?? Well it could be a buzz word that became popular during the year, a cultural reference that was high on the agenda... an event, TV show or maybe even a heavy hitting celeb. But whatever it is, it has to be a word that you associate with 2010.

Consolation prizes must go to near misses such as 'Credit Crunch', 'Coalition', 'the Big Society' 'Recession', 'tuition fees', 'spending cuts', 'X-Factor', 'Twitter', 'Facebook' and the dreaded 'Iconic'. All very dominant 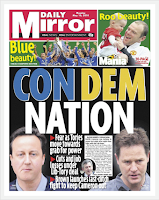 throughout the year, but all in wide use prior to 2010, so you couldn't really attribute them exclusively to the last 12 months. 'Election' was obviously another big word, but then it was a big word 4 years ago, and 4 years before that etc etc...

A Bronze medal goes to 'Con-Dem', a play on words dreampt up by the media for our new Government. But alas I don't think we've heard the last of that one.
It's a photo finish for the top spot, and just pipped at the post for a well earned silver is a word that has always been sitting there in the dictionary, but has been lying dormant for more than half a century.... 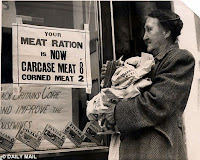 Other than in historic terms, I don't think I'd ever heard this word used. It was picked up mid-year, and now I don't think a day goes by without hearing it (especially where I work).

But my Gold medal is an easy award. A word I'd never heard of before 2010, and with any luck, a word I'll not be hearing again! (and believe me, I REALLY don't want to be 'hearing' this word ever again!). So chances are that 2010 was 'the' year for it. So without further ado, the coveted 'Start The Revolution Without Me - Word of 2010' award goes to.... 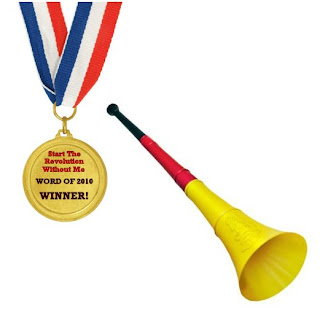 The Vuvuzela!
Before I go, I must just relay a story from good friend Jack. He and some pals went to the World Cup last year, and took in a number of games. On the first game they went to, it was getting close to kick off when it started spitting with rain. The collars of the coats went up a bit, and it was on and off for the rest of the game. Shame. At the next game, incredibly, the same thing happened again, just as it was getting close to kick off, it started to rain. Then someone twigged it.... they turned round and saw 80,000 vuvuzelas pointing down at them! yuk! 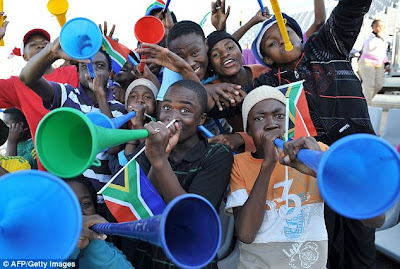 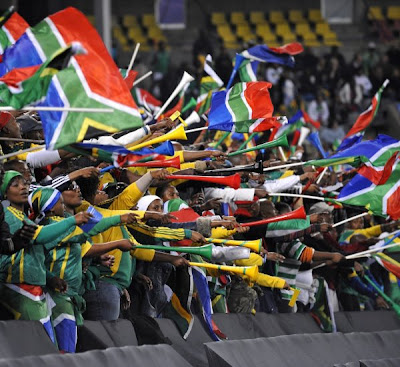 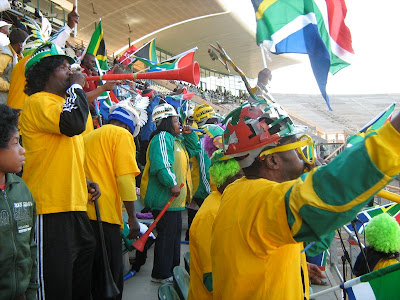 If a phrase is allowed Piley, I'd go for "Shitbag Clegg". If it has to be a word, then I'd make it "Shitbag-Clegg" or possibly "Shitbagclegg".

And a Happy New Year !

What I would like to see the end of in 2011 is LOL...I'm sick of being loled at, in texts, mails, even had it written in a couple of Christmas cards! And...AND...its been said at me, right at me..oh LOL, grrrr, I'm all loled out I am, so much so I'm not even loling anymore, I want it banned, made illegal.
I also need to rant less.

JJ - with you all the way there... the actual SPEAKING of the word has to take the biscuit tho, how pathetic does that sound??!

I approve very much of Office Pest's suggestion very much. My word of the year is Empathy, as a counsellor it's essential and if we all had a bit more of it the world would be defacto a better place. The vuvuzela's ruined the world cup for me. Ok it was their tradition and we had to eat it BUT man those things killed the atmosphere. I love the roar of the crowd at football and that was drowned out. So glad they were banned over here, blow one near me at football and you'll be chuffin it out ya rear end i promise you.

Mine is something that's snowballed over the last couple of years - bunging an 'i' in front of everything to tech' it up - alright if you're Apple with Pod, Pad, Touch and Tunes..but the BBC doing iPlayer or bods reworking the variations for other gadgets and brands is plain daft - something like borrowing McDonalds 'Mc'.

Although the most recent and ludicrous versh was spotted a few days ago at KFC... the iTwist

Not sure if its the word of 2010 but one word that really gets overused in analysis and criticism of movies is "darker". Oh, the new Batman film is much "darker" than the first. The last Harry Potter film is the "darkest" of the series. Empire Strikes Back is "darker" than Star Wars blah blah blah. Its such a lazy term and seems to also imply that its better coz its "darker". I wish critics would dig deep into their thesaurus to find alternatives!

"Given the current economic climate" is one that makes me want to spit lava. It's become an excuse for every bit of lousy selfish slipshod behaviour going, from ceasing to replace loo roll more than once a day (Sussex Partnership NHS Trust; most staff now carry a spare loo roll in their bags), to not getting your bloody round in at the pub.

OK then Piley, I'm going for 'perfect storm', as used to describe, for today, the effect on fuel prices of: base oil prices + duty rise + VAT rise + winter price hikes; (actually 'hike', 'hikes' and 'hiked' are starting to grate an'awl).

Carl - know what you mean about the world cup. The beeb had so many complaints about the noise that they dulled down the sound to try and smooth out the sound, but was no better really - just sounded lifeless. I agree it put a downer on the atmos.

Mondo - a great call.. 'i', brilliant! I've noticed it a lot, but not taken much notice. Have to do a new iPodrophenia soon mate!

Hi John - yeah, lazyitus at its best, "darker" haha! What happens when the next film after the dark one is ever darker though?? pitch black?

ISBW - "Given the current economic climate" is a peach! Again, I hear it most days at work, but hadn't really picked up on it. So true too, a convenient excuse for misers to become bigger misers. It was this exact phrase used before telling us we had a 2 year pay freeze, followed by shite like "lucky to have a job blah blah".

Oh I've thought of one that annoys me Americana , a word over used in music mags to describe any thing vaguely acoustic or country orientated (even if the band is from Slough). A poncy music press word, having listened to some "Americana" I can confirm it is dreary bollocks.

Late minute entry for the increased use of 'Oh My God...' really f'kin irritating, and for the cricketing fans amongst you 'Good Areas' which is seemingly used on every player interview on the art of bowling erm ... accurately from what I can understand !

Oh my God! given the current economic climate, lol, iThink that the coming year is definitely going to be darker. In my current happy go lucky mood any words that happen to come out of a senior manager's mouth at the moment just make me want to puke.

Dear reader, Can I rewrite this post, deleting all my ideas and adding all of yours??!

Americana! ha ha! I immediately see a copy of Mojo before my eyes!

'Oh My God' I've always hated, and even worse now, people saying OMG... like saying the full 3 words is just too much effort now!