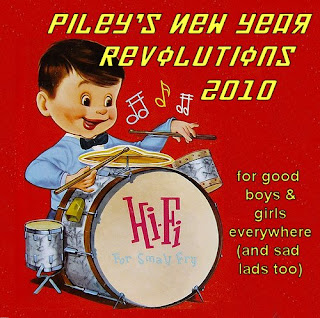 My 4th January in the blog-o-sphere, and my 4th go at trying to capture some of my favourite albums of the previous year.

At the end of 2009, 'the lads' (Mondo, Marmite, The Brownster, E.F Rice, Coops, Jack, Si and myself) started up a yuletide CD swap. We all burnt a disc of our favourite tracks from the previous 12 months, made enough copies for everyone, then met down the pub (I knew there was an ulterior motive) to hand 'em out. Hey Presto, within 5 minutes, we all had about 10 hours of new listening treats. It went so well with out 'best of 2009' event, that we decided to have another go for 2010. Here are the very strict rules for the swap, as decreed by E.F Rice:

1. Create a CD containing tracks from albums bought during 2010. This can be artists you have got into for the first time during the year or established artists of whom you have picked up an old track or album. Whichever, you must have purchased all the tracks in the last 12 months.

2. You may have more than one track of the same artist on the CD, although 80 mins of Springsteen would be pushing it.

3. You supply all those taking part with a CD including a full track listing. The CDs will be circulated in November\December down the pub. 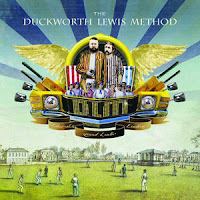 So without further ado, here they are:

1. Jiggery Pokery – by The Duckworth Lewis Method
From the album ‘The Duckworth Lewis Method’ (released July 2009, bought 2010)
A concept album about cricket, described by the band as "a kaleidoscopic musical adventure through the beautiful and rather silly world of cricket." The album was nominated for an Ivor Novello award (for best album) in April 2010. Quite possibly the album that gave the most pleasure last year. From the album ‘Varieté’ (released June 2010)
Marc Almond revisits the cabaret sleaze of earlier albums in this his final ‘all self penned’ album. It’s a celebration of nostalgia and a stock-take of his life to date, jam packed with personal experiences throughout the years. As Marc said himself on the release of this album “This is a personal record of my own life and the decades I’ve grown through: born in the 1950's, a child of the 60's, a troubled teen of the 70's, a star of the 80's, a drug casualty of the 90's, an actual road casualty in the new millennium, and from it a rehabilitated and re-invented person, with a new sense of self.”

3. Going Back Home – by Doctor Feelgood
From the album ‘Going Back Home’ (released January 2005, bought 2010)
One of best value purchases all year, a CD & DVD package of the Feelgoods performing live at The Kursaal, Southend - November 8th 1975 (£6.99!). Both discs bursting with 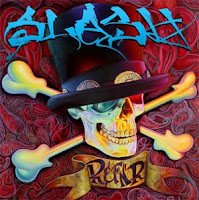 energy, capturing the band at the height of their pre-punk power.

4. Ghost – by Slash (featuring Ian Astbury on vocals)
From the album ‘Slash’ (released May 2010)
Debut solo album by the former Guns N' Roses and Velvet Revolver guitarist. The album features multiple singers and musicians, including four of five original members of Guns N' Roses: Slash, Izzy Stradlin, Duff McKagan and Steven Adler. Some tracks are better than others, but this one is a belter.

5. Beneath The Underdog – By Baxter Dury
From the album ‘Len Parrot’s Memorial Lift’ (released July 2002, bought 2010)
Debut album from son of Ian (who was on the cover of New Boots And Panties with his dad aged 4!). Blockhead Norman Watt Roy makes an appearance on the album, but that’s where the similarities with his old man cease. Think less chirpy Cockney ‘barra-boy’, and more Flaming Lips, Spiritualized, Lou Reed and Mercury Rev. 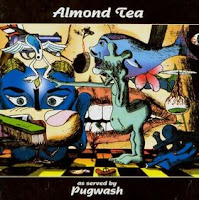 6. The Finer Things In Life – by Pugwash
From the album ‘Almond Tea’ (released 1999, bought 2010)
Debut album from this Irish power-pop band fronted by Thomas Walsh (who is one half of The Duckworth Lewis Method). The band signed a five-year deal with Andy (XTC) Partridge's label Ape House last year. Pugwash songs are noted for their emphasis on catchy melodies, clever lyrics and high production values. Influences on the band's sound are regularly cited as including XTC, ELO, Beach Boys, Kinks and Beatles.

7. The Complete Banker – By The Divine Comedy
From the album ‘Bang Goes The Knighthood’ (released May 2010)
10th studio album for Neil Hannon (who is also the other half of The Duckworth Lewis Method), and for me, right up there with some of his best. Solid throughout, it’s full of his trademark wit, and 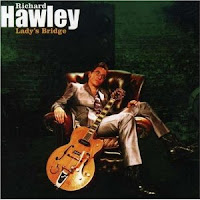 contains another batch of intelligent, insanely catchy tunes. This song is aimed at the reckless behavior of the banking industry that caused the global meltdown. Even if you don’t like the song, you’ll love the lyrics!

8. Valentine – By Richard Hawley
From the album ‘Lady’s Bridge’ (released August 2007, bought 2010)
Like a Northern Scott Walker or Roy Orbison, ex-Longpigs and ex-Pulp man Richard Hawley croons his way through this melancholy album. Much like Marc Almond, he lives in a ‘doom and gloom’ world, where every silver lining is closely followed by a cloud. Just my cup of tea!

9. Fingerprints – by I Am Kloot 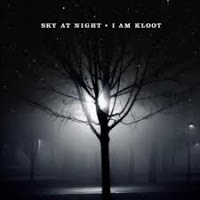 From the album ‘Sky At Night’ (released July 2010)
Fifth album from I Am Kloot (produced by Elbow duo Craig Potter and Guy Garvey), and possibly their best to date. The single ‘Northern Skies’ was all over Radio 2, and rightly so. Part Elbow, part Richard Hawley, even part ELO in places (well, some of the orchestrated bits). But always 100% Kloot.

10. Anyway, Goodbye – by Andy Ellison
From the EP ‘Fourplay’ (released 2008, bought 2010)
A rare new offering from the legendary ex-frontman of John's Children, Jet, and The Radio Stars. This EP contains 4 new songs, written, recorded and produced by Ellison. Probably should have put the track Cluster Bombs on this CD!

11. Light My Fire – by The Doors
From the album ‘The Doors’ (originally released 1967, this release 2007, bought 2010)
This 40th Anniversary release presents the Doors debut album at the correct speed for the very first time. The speed discrepancy was identified after a study showed that all the video and audio live performances of The Doors performing "Light My Fire" (as well as the sheet 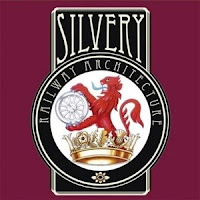 music) show the song being in a key almost a full half step higher than the original LP release.

13. Strange Things – by Tom Jones
From the album Praise and Blame (released July 2010)
It’s back to basics for Sir Tomo and his collection of gospel and blues songs. Comparisons to the Rick Rubin Johnny Cash and Neil Diamond albums are understandable as there are more than a hint of the American Recordings in the song choices and vocal performances. Was going to pick one of the gloomier tracks, but went for a barnstormer instead! 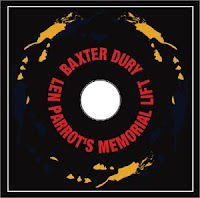 17. Darkness Makes Us Blind – by Pugwash 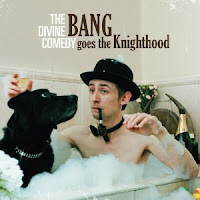 18. Down In The Street Below – by The Divine Comedy
From the album ‘Bang Goes The Knighthood’ (released May 2010)
(see 7 above)

Ah, they don’t write em like that anymore! The lyrics are quite at odds with this jolly tune, taken from an incredible 5 disc box set that does exactly what it says on the tin… a complete collection of both "A" and "B" sides of every single Monro ever released. From Decca in 1956 to Philips/Fontana in 1958 and finally to EMI Parlophone from 1960 onwards. I’ve had this particular song in the collection for years, but having re-read the small print of the rules, I’m confident that this is a legit inclusion!

20. La Boheme (Le Bohème) – by Charles Aznavour
From the album ‘Le Bohème’ (released 1966, bought 2010)
Inspired by Puccini’s opera of the same name, this is one of Aznavour’s most famous songs. Originally recorded in French, Aznavour subsequently re-recorded versions in English, Portuguese, Spanish, Italian and German (don’t worry, this is the English version!)

Once again applaud thee for finding enough "new" music to fill a CD. I think i bought 3 new albums this year. Although i did by a number of re issues that were new to me. So a CD from me would probably have a very old fashioned look. Every year you do this post and i find my self thinking "why don't i find much new music to enjoy" I guess the obvious answer is that the music does not sound as good to me pure ans simple. There is some thing else though i think. There were so many characters years ago , Bowie, Alice , Lydon, Dury , even if it was just Quo and their long hair and denim. You felt you got a package, great music, great image great art work etc. Now we have bands like Doves, dreary, looking like office workers on their lunch break, no great art work (CD booklets are a let down lets face it). Ahhh i'm starting to sound like Victor Meldrew again . I wish i could find more new stuff to get excited about . Music is for me at an all time low. Dull , dreary , derivative. I'm living in the past maaaan , well happy to be too :-).

Great choices P: The Baxter Dury album was a real gem - is it really 8 years since it was released? With Pugwash and Divine Comedy you're pushing at an open door and with MM you'll never go far wrong + Andy Ellison's Heather Lane always is always popping up on my ipod

A great comp and good to hear some new tunes. Pugwash is gorgeous: shame I can't remember a thing about their gig last year - and the Slash ones's a walloper

I agree with Mondo, really good quality CDs this year. Your one was the most diverse in my book, swirling from Slash (how good is Ian Astbury on that track ?) through to Charles Aznavour !

We still have to arrange a pub trip to finish things off, will be a real chore!

I am already thinking about this year's event and plan some rule tightening and also awards which will feature a number of categories in the Sadlads range !

Cheers Carl - although to be fair, only about half of the tracks were actually from 2010. Just bits n bobs from the crazy world of record collecting! There's one or two on there you might like - great new band I've just found called The Doors... their gonna go places....

JM - Thanks. I picked up both Baxter D albums last year, both are great. Pugwash, DC, MM?? I see a man of incredible charm, wit and sophistication Sir!!

Mondo - Yeah, how good is that Slash track? Head and shoulders above all the other tracks on that album.

E.F - The Slash track seems to have gone down very well! (maybe not so on Charles tho eh?!). Yes, must get together again soon for the 'debrief' (a.k.a lets all get drunk again v soon!).

That singer from The Doors, he'll snuff it if he don't slow down .....

This is a great idea - it's so simple but so revealing. Most of what's on your list is unknown territory to me, so I will certainly have a delve (though I must incur your wrath by admitting an allergic reaction to both Neil Hannon and The Doors. Apologies there.).

I remember that Matt Monroe song from when I was a kid - I always felt there was a bit of a sinister undercurrent to what he was singing about, but perhaps that was just the budding shrink in me?

Cracking idea and I shall be investigating some of those when funds permit.

Have you ever taken part in the Summer Burn? (http://www.funjunkie.co.uk/the_summer_burn.cfm) Similar concept but you share with two random strangers.

I missed this year but have thoroughly enjoyed what I've received in the past as well as the actual compiling process.

ISBW - Hope you find a winner or two? I think you'll like the lyrics to the Divine Comedy track 'The Complete Banker', if not the song.