I'm sure the blogs are filled with John Barry tributes, so I'll keep it brief....

Just to say that I have always admired this mans music, sometimes not even knowing it was his work. As a kid I bought all the James Bond soundtrack LPs. Unlike many other 'music from the movie' albums, which can often sound a bit lost minus the pictures, the Bond albums still sounded exciting, magical and exotic, and still do. He created striking and memorable music for so many great films; Zulu, Ipcress File, Born Free, Midnight Cowboy, and who could forget his contribution to Howard the Duck! (yeah, we all have one or two jobs we'd rather not talk about!)

My favourite TV theme has always been The Persuaders, and every time I hear it, it instantly transports me back to my childhood, and watching that programme on a Sunday afternoon. 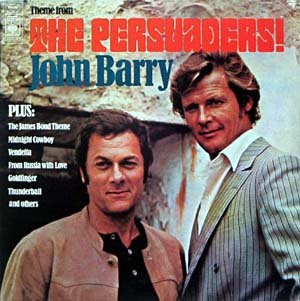 A friend of mine bought the above album in the 1980's, and I fell in love with it. As a DJ he was known to play a whole side back-to-back (sometimes the whole album!) whilst people were filing in early doors. A bold move, but one that always seem to inject atmosphere into the club before it had even got going. It took me ages to track down a copy of that album, and I think I paid a little over the odds for it, when I eventually found it. But whatever it cost, it was worth it, and some 25 years on, this album is still one of my vinyl LPs that gets a regular airing.

Back in May last year, our man on the inside of film, Stephen Pickard, sent me a few photos from his private collection. Amongst them was a shot of John Barry during the recording of the 'Diamonds Are Forever' soundtrack, which I used in the post about Stephen's years at Pinewood (Stephen can be seen in the background of the picture). Stephen kindly sent me 3 shots from this recording session, but I didn't use the other 2. So here are all three of them now. 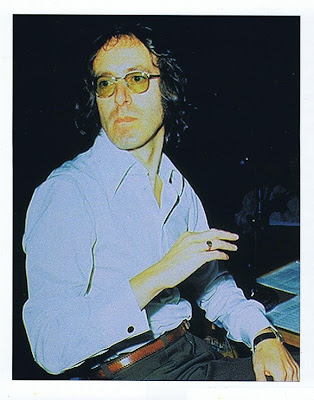 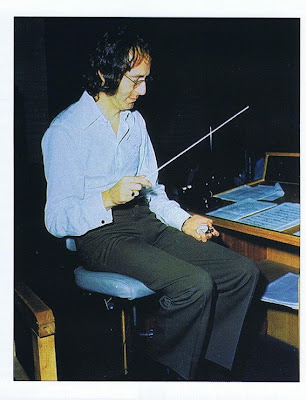 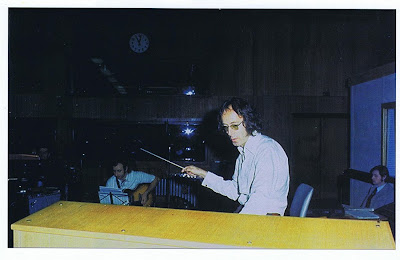 Another one gone.
BTW It's John Williams' birthday next week - any plans to do some Jaws related stuff? Or ET? I only asked!

What a scoop, exclusive JB pics...brilliant. Spot on how his themes were cinematic away from the cinema.. you can't say that about many now. Even most of John Williams sound the same...

I've got the same album, picked up from Carmel Records for a tenner, when Trigger was actually open for once, not his usual 'back in ten minutes'

There'll never be another...his music was absolutely of its time.

The amount of times i've seen the "Back In Ten Mins" sign on Triggers shop and 20 mins later i'm still standing there out side like a hopeful record buying lemon lol.

Carl - yeah agreed. Incredible how much was by him and you didn't eve know it. My favourite film score composer by a long yard.

Mond - yeah, kinda glad I hung on to those extras now. Great snaps too aren't they?

That album is just so good - should MP3 it up really.

Carl - I've seen that sign too! where does he keep going?! Maybe he has a weak bladder?! Or perhaps the lure of Hot Wings from the KFC over the road is too great?!

He goes up the post office to post all the stuff he sells on line. Takes his f**kin' time too. He don't open on week days till 2.00 or some thing and he still pisses off.....grrrr.