Neil Hannon takes to the stage accompanied by the theme to Mr Benn. And he's suitably attired too, in black suit, bowler hat, carrying a briefcase and puffing on an unfeasibly curly pipe! Mr Hannon is ready for another adventure, but no shopkeeper arrives... in fact nobody else arrives! 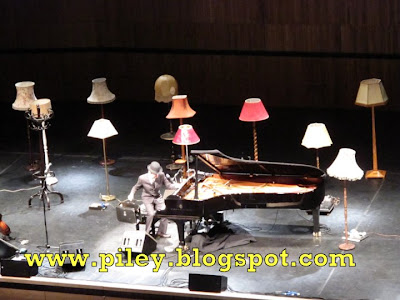 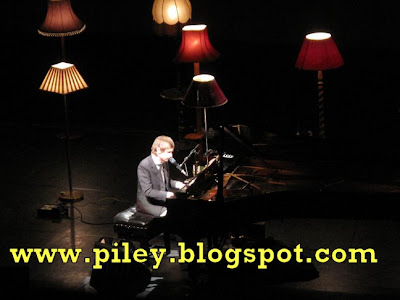 Of course, Neil Hannon IS the Divine Comedy (and always has been), but one of the things I've always loved about him\them is the big sound that accompanies so many of their songs. I've not seen a Divine Comedy gig since they officially became a 'one-piece', so there was just a little niggle in the back of my head leading up to this show... could one man and a piano still do these big songs justice? 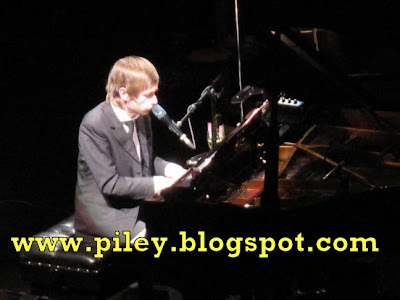 I needn't have worried, far from taking away from much loved tracks, the stripped down approach somehow added yet another dimension to them. Neil's piano playing is simply stunning, and gives an almost 'classical' feel to many of the songs on show tonight. I was mesmerised as favorite after favourite was given a new lease of life. The piano added an extra layer of intensity to songs old and new, particularly Sweden, The Certainty Of Chance and Our Mutual Friend. 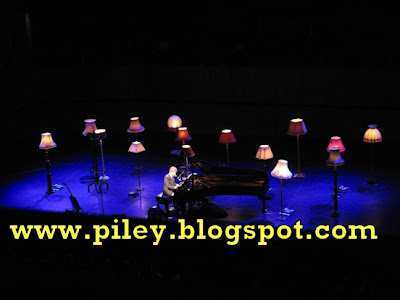 Neil does leave the piano for two short sessions where he dons his guitar for a few tunes that suit that instrument better (such as 'Becoming More Like Alfie'). Yet much like the other tunes, they still sound bigger than you would expect. Maybe knowing these songs so well helps, perhaps my brain is filling in the gaps without me knowing! 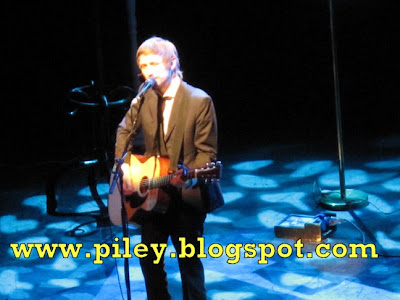 Hannon is a genuinely charming, intelligent and charismatic performer. His laid back connection with his audience works as effortlessly here in front of almost 3000 people, as it does to 30 punters above a pub. Off the cuff quips are made all evening, and even the odd mistake or false start all just make you love him even more! Fake frustration at the audiences inability to clap along in time to 'At The Indie Disco' make him stop mid song, and in desperation fishes out a metronome from his briefcase. "follow this" he pleads as he sets the thing to the correct beat.... but still they go out of time! 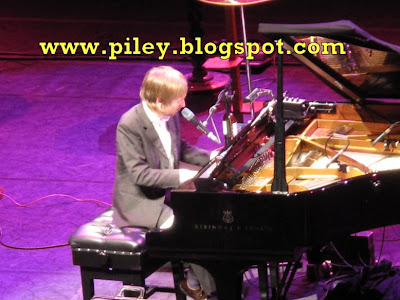 A couple of audience participation pieces work surprisingly well, particularly one rather complex request for us to sing 'La Marseillaise' during the Frog Princess. The 'boys' had to sing it in one key, to be immediately followed by the 'girls' in another key. Despite their inability to clap in time, the audience nails this one right from the off, and I have to say it sounded incredibly effective (I've found a video of it on YouTube, but the rotter has disabled embedding. I'll post a link at the end of this review... see what you think!)
Another request for us all to whistle had Neil commenting he felt like he was on the River Kwai! 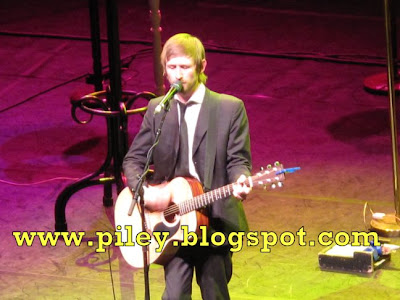 I don't think I've ever been to a Divine Comedy show that didn't have a specially prepared cover version (Mr Blue sky was the perfect choice when I was here in the late 90's - making great use of the full band and the full orchestra). Tonight is no exception, and a quirky cover of the Human League's 'Don't You Want Me' is performed. A little later, support act Cathy Davey joins Neil on stage with her guitar for a surprisingly touching duet of 'I Only Have Eyes For You' (well it had more emotion than the Arthur Mullard version from the 1970's at least!). 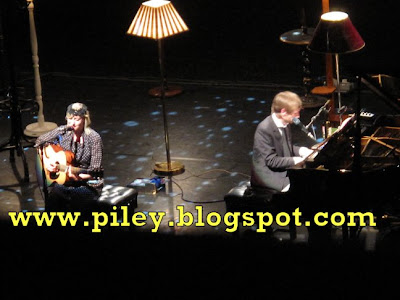 A final rendition of National Express ensures everyone walks out with a slightly silly grin on their faces... a grin that'll be fix to those faces for several hours once it meets the icy winds awaiting them back on the Embankment! Brrr!

Having seen the Divine Comedy perhaps 40 times or more over the years, I'd rank this up there with some of the very best shows I've seen.


There are only a few of videos from this show on YouTube, and they all seem to have had embedding disabled, but if you fancy a peep you can see them here:

Frog Princess (the first part of the audience participation is at about 2mins 20.... Neil has to help the audience at bit on this one, but the one at about 4mins 20 works brilliantly for over a minute!)


Don't You Want Me

You're pushing at an open door here Piley. I interviewed him a couple of years back and he was a delight to talk to. I asked him what he'd like engraved on his tombstone - he said " Here lies the man who wrote My Lovely Horse."

That's a brave gig - solo and stripped down to a house of that capacity. Did he say what the lamps are for..

Nice to see he plays a Martin Acoustic too

He's a proper gent isn't he JM? Any links to the full transcript of your int with him? My Lovely Horse indeed! He'd sometimes throw it in as an encore y'know, but not seen it lately.

Ta Mond - The whole tour is like that, but think you are right, the London one was the bravest (3000 people), rest of the tour is much smaller venues. No idea what the idea of the lamps was! It was never mentioned! I've been looking on YouTube at footage from other nights and not seen the lamps on any of them. I bet it was just to make the stage look a bit fuller!

There was a nice touch before the show even started where 2 old blokes looking like the caretaker from Are You Being Server (Mr Harman?) came out giving them all a bit of a dusting, and sweeping up the floor! You had to spot it, and it was easily missed.

Never been a huge fan but there are some tracks I have enjoyed and the two tracks on your 'Xmas 2010' compilation are very pleasing to the ear.

However I am sure Divine Comedy wrote the theme tune to Fsther Ted and that for me will always make them memorable, did he play it Ted !?

He did indeed play it Ted! The theme tune to the show is the instrumental version of the track 'Songs of Love' and Neil threw that one in during his guitar section.

As JM has already mentioned above, Neil also wrote 'My Lovely Horse', the song used in the show when they entered the Eurovision Song Contest! He used to throw that one in the set from time to time, but not had an outing lately.

Cor been a way for a bit and loads of new posts to comment on!! Interesting to hear your views of TDC live. I'm a massive Duke Special fan (the Duke has worked and recorded with Neil Hannon on several occasions) and live with a band he is just sublime, superb superb stuff. The last time I saw him it was just him at the piano and his percussionist. It was still good but not quite as good as with his full ensemble. Good to hear that Mr Hannon put on a good show on his own. I saw TDC at a secret gig in Canvey a few years back but would love to see him with full accompaniment again.

Thanks John interesting comments. On the whole, I like the full turn out gigs best... Can't beat the sound of a full orchestra behind them. And that's why I was a little apprehensive about this show - it couldn't have been further away from what I like best! But it was a revelation, and I would definitely go see this format again.

I was at the secret Canvey gig too!! I have a load of piccys too. Will JPEG em up one of these days.