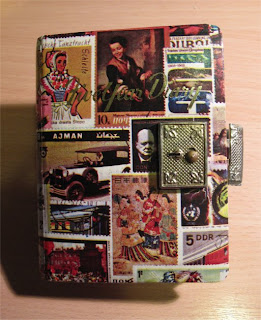 Bit of a cheek really, promoting this as my April 1977 diary, when in fact I lasted just 4 days into the month before I finally lost the Samuel Pepys buzz. The rest of this 5 year diary remains empty (can you e-Bay a blank 4 year and 8 month diary I wonder?)... although rather ambitiously I note I had at some point gone through in advance, adding the following years, to save time in the future!

We'll never know now my thoughts on the Jubilee celebrations and street party in June, the new smaller pound note being introduced in August, the release of 'Never Mind The Bollocks' in October, or the release of the first Star Wars film in December. Although having said that I clearly remember being allowed to see it with a friend, Barry Smith (whatever happened to him??!), and getting a Star Wars lolly before the main event that came with a free cardboard Chewbacca mask! 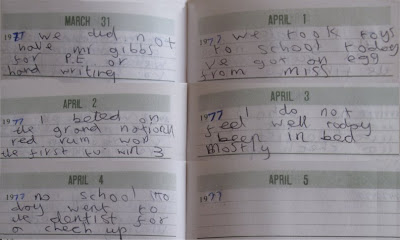 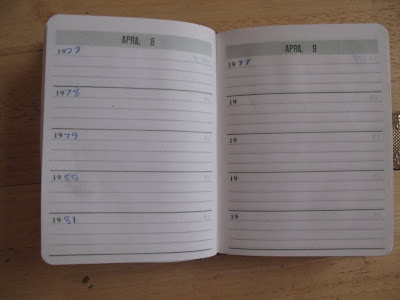 Was it that egg from Miss that made you sick?
Pity it all ends on the 5th! Reading your old diaries and Mondos calendars makes me wish I had saved much more from my youth.

Down on the nags but up from miss with the egg. By coincidence I've punted my April scribblings up today

Can't help thinking that the extra bit of info on Red Rum may have been provided by Piley Senior.

JJ - Glad you enjoyed them - I was a tad embarrassed by some of it, but what the hell, I was only 10!

Mondo - Funny enough, I read that line about the egg in a different way now as an adult... "we got an egg from miss" I now wonder if she dropped one??!

Warble - no idea now! Think they made quite a thing of it on the TV at the time, so I may well have picked up on it. Piley Snr has always been keen on the gee gees though.