Come To Our Zoo... Now With Extra Church!

As a child, I was regularly taken to Colchester Zoo by my parents. After a hiatus of some 30 years or so, I've been reacquainting myself with the place on a fairly regular basis (4 visits within the last 2 years). Of course this is now for the benefit of Piley Jr, rather than myself!

The place has changed beyond all recognition, and my still quite vivid memories don't fit in with the current surroundings in any shape or form. Back in the day it was all a lot smaller, and in those unenlightened times, so were the cages. And 'cages' are a thing of the past now too, it's all glass fronted 'enclosures' now. There is also much more of a 'theme park' feel to it these days, but I guess that's what you have to do to compete with so many other attractions.

In the 1970's this place was 25 acres, now has spread to over 60. But in more than doubling the size of the zoo, there's obviously been a few causalities over the years, and one of them stares you in the face, the moment you set foot outside the 'Orangutan Forest' enclosure. There, right in front of you are the ruins of an 800 year old church - All Saints. I certainly don't remember that being there in the 1970's! 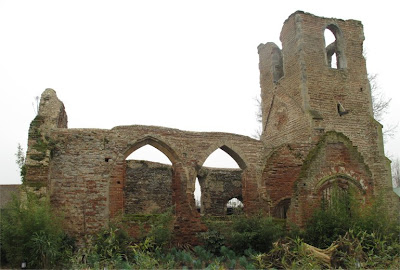 I guess that as they snapped up more and more land, the zoo became the reluctant owners of this Grade II listed building, sitting slap bang in the midst of their purchase. I could be completely wrong, but I get the impression that the zoo feel a little 'saddled' with this sideline into ancient religious buildings, and would like nothing more that to build an Ostrich birthing pool or suchlike in its place. I can certainly feel some resentment oozing from the plaque in front of the church which reads:
"as part of the planning permission for building Orangutan Forest, Colchester Zoo was required (can you almost hear them saying "forced"!!) to renovate this listed building. The renovation took two years, at a cost of £180,000. These costs were covered by Colchester Zoo" 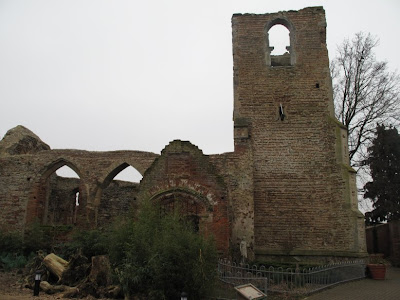 All Saints church was built in Stanway, as part of the Stanway Manor complex in the 13th Century. Thus designed to make it dead handy for the Lord and Lady of Stanway Hall to roll out of bed and straight into communion (there was even an underground tunnel linking the two, no doubt to combat any adverse weather). Not so lucky for the rest of the parishioners of course, as the remote location of the church meant a hike of a mile each way for their Sunday service - but I don't suppose that bothered the Lord and Lady unduly.

But just like when Tesco open up a superstore, and immediately nicks all the local clientele, a new church - St Albrights - was built in 1580 in the heart of the community, and the locals all jumped ship. All Saints church soon became a private church, for the exclusive use of the residents of Stanway Manor. As a result, the building went through a number of alterations in the early 17th Century, to reduce it's size. The Chancel and North Tower were removed, and the North porch was added. 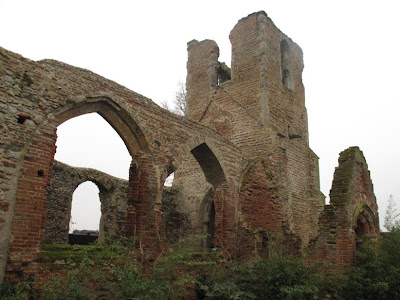 remains of the north porch 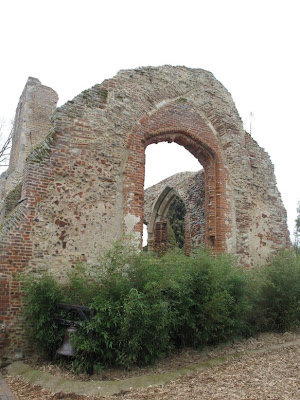 the Chancel would have been here, where the bushes are now! 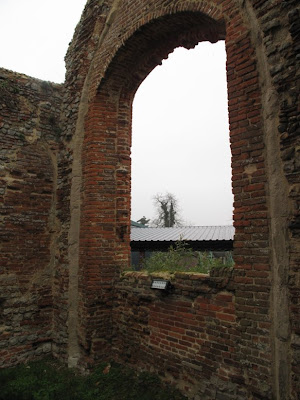 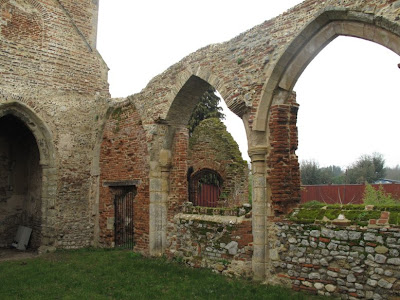 As someone who is more than a little brow-beaten by the recent regular, endless sights (and lets not forget those smells!) of animals, I find this little piece of history fascinating, and a welcome diversion. But it's a real shame that anyone else with an interest, now has to shell out fifteen odd quid in order to get through the gates to see it. 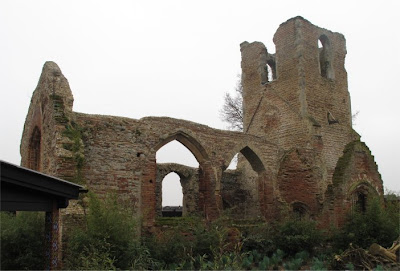 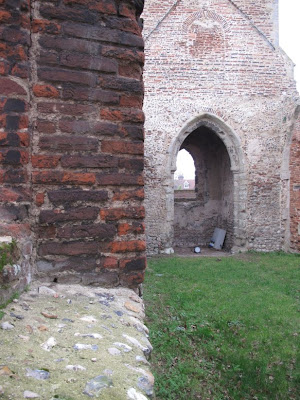 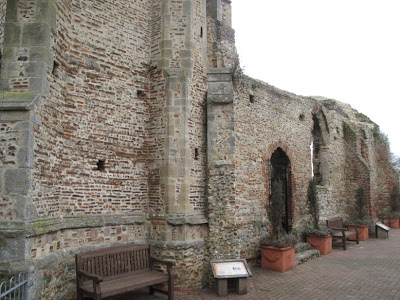 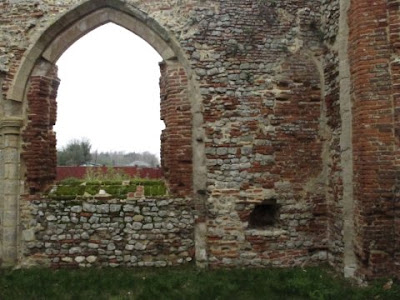 How the hell did I manage to miss that? We were there not that long ago and I managed not to see it...

Oh well, will have to go back again sometime this year then.

Simon - to be honest, this was the first time I spotted it! Easily missed (as I have successfully done on 3 occasions).

I took my daughter to Colchester Zoo a year and a half ago and I took was struck by the sadness surrounding the church.

Yes, it does look a bit sorry for itself John... I'd imagine it's thinking "how the hell did I get here?!"

Agreed, a fabulous zoo, although the layout is mad!

Does anyone know if any damage was sustained to the church during the 1884 Earthquake?

It is easy to miss. I have been to the zoo before and wanted to see it again but managed to miss it this time. You actually have to go through the underwater sea lion tunnel to get to it. It certainly isn't a clear layout. Having said that, once I was home and looked at the map, I realised that it how you access the church. It is interesting though and did not know this information on the church until now, reading this.