A (Short) Book At Bedtime

I have written before that my recent eye problems have all but ruined my love of reading. Any more than a 30 minute session (sometimes less) now leads to painful eye strain and (even more) blurred vision, which can last for days. Reading a good novel is fairly useless now, as it just takes so long to do it that I've forgotten the early parts of the story before I reach the end! So these days I try to look out for collections of short stories, anecdotes etc etc (suggestions always welcome)... My trusty love of comics has also been a a great help - things that I can read for half 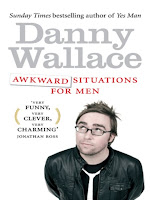 an hour or so and perhaps not pick up again for a while without it mattering (although I do so miss getting involved in a nice, long complex novel).

I'm doing well at the moment, and have two books 'on the go'... The first is 'Awkward Situations For Men' by Danny Wallace. A great collection of tales of varying woe and embarrassment from Danny's life to date, like...

Inadvertently being rude about a friends baby... that perennial fear of not being able to 'go' when standing at a urinal. Upped several notches in Danny's story, due to another man arriving at the next urinal who also couldn't 'go'. Turning the whole thing into a game of chess as each man tried to work out the next move... calling a female shop assistant 'fella'... and the dread of every man, finding yourself walking behind a woman on her own, late at night (argghh!). It's a thoroughly entertaining read, and none of the stories are more than 4 or 5 pages long.

The other book is by someone I spent a good half of my life trying to avoid.... 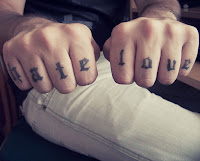 A few months back, I Should Be Working did a post about a radio documentary presented by long time nemesis Michael Portillo. In the post, she had to begrudgingly admit that 'Polly' had come over pretty well, and I think was in danger of admitting that he "seemed alright"! I can relate to this... If there is one smug, smarmy (and dare I say 'punchable') face from the 1980s, then for me it would have to be Gyles Brandreth. I loathed this man, his 'wacky' jumpers and his unhealthy obsession with teddy bears. I found him so oily and nauseating, that I would immediately have to change channels whenever his self-satisfied, grinning mush came on the screen (no remote control in those days either! I'd physically get up and turn the bugger off!). A 5 day a week stint 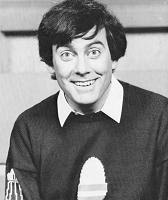 on Countdown was particularly irksome, where in charge of 'dictionary corner' he appeared even more smug (if that was possible). In the 1990's he entered the world of politics, but annoyingly still turned up a little too regularly on TV for my liking.

Although I never thought about him, I'm guessing he must have fallen out of favour in the 2000's, as I don't recall seeing much of him in the last decade or so... only resurfacing in the last couple of years as an irregular regular on BBC's The One Show.... where against all odds I have found myself warm to the man. I almost always find his features interesting, and they are often on subjects that appeal (gems have included pieces on old British Comics, the Beano's 70th birthday, British cinema, historic London landmarks and architecture, early 1900 amusement arcade machines and a fascinating piece on how the town of Whitby deals with the continual Dracula link).

Far from being smarmy and smug, I now find his presenting quite fun and engaging, and it has

intrigued me how he has managed to change so much... that was until Mrs P recently informed me that she STILL finds him as equally annoying today as she did back in the 80s! So perhaps it wasn't him who changed at all??!

Anyway, Gyles Brandreth has been an obsessive diary writer since the age of 11, and when I heard he was releasing a book containing the best bits of a 50 year period (1950 - 2000) I was keen to pick it up. It's a huge book, and at 700+ pages this will no doubt take me years to get through, but that doesn't bother me (well, maybe it does a bit!). I'm still wading through the school years at present, and whilst entertaining, I must admit I am secretly desperate for him to hurry up and get famous, so that I can get stuck in to some of the much promised anecdotes and juicy tittle-tattle from his celebrity encounters!

I haven't been able to resist a crafty flick through the latter pages, and have already stumbled on some real classics:-

But the childhood days are also enjoyable in their own way, and a little unsettling at times too.

As with all good published diaries, this book contains all the entries as they were originally written. No re-writes to incorporate a big dose of hindsight, no tweaks to make up for schoolboy silliness or bad grammar. In the early pages there are a number of initials and codewords, all used to ensure private information remained that way. Fortunately, footnotes have been added to the bottom of most of the pages to explain any confusing entries.... 'LCL' for example notes that Gyles has secretly tried to purchase a copy of Lady Chatterley's Lover!

It's shaping up to be an interesting read, hopefully with many more showbiz gems to come... I might blog any more winners, but it may not be for a year or two! (sigh..)

Anyone else done a complete 180 degree turnaround with bands\celebs they used to loath?

VIDEOS (all from the One Show)

Gyles Brandreth on the closure of Walthamstow dog track:

Gyles Brandreth on The Carry On films:

Incredible - I think you've turned me P (and not in a Frankie Howard way). He's moved from Richard Stilgoe to Derek Nimmo in my rating now..

If you're reading dip-about books, try John Betjeman’s - Trains and Buttered Toast and this is an absolute must grab (found a copy in HMV - £3!!!) - some great tales in there: how Status Quo's cine film sauce were projected onto the hotel net curtains for viewing, but also illuminated the side of the building opposite.

I watched the "Porn-Arcade Machine" clip.

One of the benefits of only arriving here relatively recently is that I ONLY know Gyles Brandreth through Just a Minute - so I've always thought that he was fab.

I can't think of anyone that I once loathed but now love, but I can certainly think of someone in the reverse. I used to really like Beck. Then I discovered that he is a Scientologist. And I've never quite been able to get over it.

Mondo - funny enough, in the old days I always though Gyles was trying to be Derek Nimo. Will check out those couple of books for sure. Look good 'dippers'.

Heff - Whoops, should have put a 'parental guidance' warning on that one. Hope it didn't offend too much (I know you are a sensitive soul).

Cocktails - Oh ignorance is bliss, believe me! I was a big fan of Just A Minute, I guess I still am, but just slipped out of the routine a few years back. I go back to the late 70's early 80's when Peter Cook and Kenneth Williams were on it.

Coming back from London a few years back we pulled in to Watford Gap Services. Jeremy Clarkson was bothering everyone with a camers crew for one of his car progs - we kept our heads down and pretended we hadn't seen him. Back then I couln't stand the fella; but since the revamped Top Gear and his Times' columns I've done a U turn on him. I've done a similar 180 on A A Gill as well; and apparently they're buddies.

Good example JM - another face I couldn't stand. I have never had much interest in cars, so still don't tune in to TG, but have to say, I normally get a snigger or 2 out of him now when I see him on other shows (grumpy men, have I got news for you etc)

Like you Piley, I couldn't stand the man. But I too have had a bit of a conversion with Brandreth courtesy of his spot on the One Show. The subjects he reports on are usually very interesting, quirky and entertaining. He has a particular interest in the English language which I have found absorbing. I do find it interesting watching "celebs" (yawn) plugging their latest film/record/book/perfume/relationship on the show not knowing what to make or say about him.
I confess I do feel better for coming out with this rather embarassing admitance.

Off hand cant think of anyone else that's gone from bad to good, but a couple of examples of the reverse are Ben Elton and Rod Stewart. The latter I saw playing with The Faces in 1971 - brilliant! 2 years later and I couldn't even stand to look at his face, let alone listen to his music.

Sorry Heff... smelling salts are on their way!

Warble - Amazing that you have warmed to him as well (and for the same reason too!). There was another fab spot this evening on National Service. I know exactly what you mean about the way the 'celebs' on the couch sometimes look at him!

It's not often that you go from 'not liking' to 'liking' is it? Much more common to go the other way, as sooner or later a band, film star, comedian (etc etc) will go off the boil and let you down.

Thanks for the book tips -- Like you, I can't read for too long these days, so these books would be perfect.

your blog made we think about which celebrities make me reach for the remote. Despite (an apparent)general consensus of TV viewers, I always found Bob Monkhouse,Benny Hill and Jeremy Beadle great fun and thought them pretty talented. Never really understood why so many people disliked them.

with the exception of maybe those facial contortions of Jim Carrey, and those plastic bimbos Katie Price and Jodie Marsh (what a weird nose too).

DW - a BIG Bob fan (and oddly, am on something of a 'Bob Buzz' at present, just ordered a fab DVD containing 3 of his stand up shows). He was a bit smarmy in the 70's but I loved him, and I thought in the 90's ans 2000's he came over a a really nice genuine guy. His 2 auto bios are well worth reading. Benny Hill I loved as a kid. It was a bit slapstick and puerile, but there was some gold in there. Some of his song writing was very clever. Never much of a Beadle fan, although I have to say he was an excellent radio presenter on both LBC and Talk Radio (now Talk Sport)