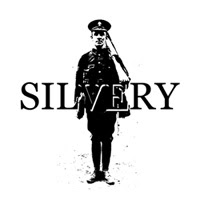 Regular readers will no doubt be used to me banging on about one of my favourite 'new' bands, Silvery. This week saw the release of their 5th single, the Nishikado EP.

With all the current interest surrounding the resurrection of Blur, these guys are now ripe and ready for picking... This is 21st Century Blur at its finest. Think Modern Life is Rubbish, the Kaisers at their strongest, the Cardiacs at their spikiest, XTC at their most majestic and Bowie at his Ziggy-ist. Add the artiness of Sparks and throw in a Wurlitzer fairground organ sound for good measure and out pops Silvery!

Nishikado (an ode to Toshihiro Nishikado, who invented Space Invaders in 1978!) is a real highlight of the bands live shows. Originally released on the bands debut album 'Thunderer and Excelsior', thise version is a brand new mix. And if that's not good enough, there's three new tracks on this EP... Identity, Murder Holes and Public Purse.

Buy Thunderer and Excelsior at Amazon

Link to Silvery on MySpace

My review of debut album Thunderer and Excelsior

I don't mean any offence here P because i'm not trying to knock your taste mate (music is personal stuff) but i'm going to be honest as i alwAys am and say what i think. Some thing that really puts me off modern bands is you can tell where they nicked it all from. Your mates tell you how good they are by telling you all the other bands they sound like. Game over for me, i'd rather listen to Blur or XTC or Bowie than a band that sounds like them. What we need is a batch of new bands who sound like them selves. Difficult may be but thats what we need some thing NEW.

Carl, you are a big music fan, just like me, so no ofence taken, and as always I appreciate your comments and views.

The thing is, if we are really honest, nothing is new anymore! Everything has been done, and new bands just put a slant on it. Bands have always been influenced by someone else, but it is the 'influenced' word I like. not 'ripped off' or 'carbon copy'. Blur, Sparks and Bowie are 3 of my all time favourite bands (Just walked in from seeing Blur tonight funny enough)... so if a band is a fan of those 3 (and more) I sit up and take note. These are not hefty rips, these are gentle nods, the product that comes out the other end is Silvery, not Bowie, XTC, Blur, Cardiacs etc etc... and to be fair, the over-riding 'sound' of Silvery is a bleedin great crazy fairground organ sound!! None of the above can be associated with that!!

I genuinly think we HAVE something new in Silvery Carl, did ya give the viddy a whirl? Its quirky, punky pop... Great live too.