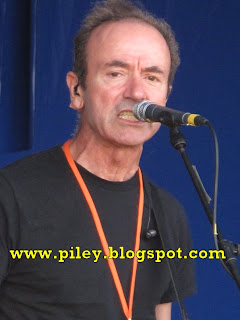 I like to try and document the shows I go to, but there have been quite a few that have slipped under the bloggin' radar for one reason or another... Probably because

a) I had other posts on the go at the time, or
b) I couldn't quite be arsed!

Having now left it too long, much of the detail has now drifted away from my decaying noggin, leaving me with just a general overview of the event - but I'd like to log a few of 'em for posterity, and the delay might give a different slant on my usual style of review... So I'm going to try and drop a few of them in over the next few weeks. I'll start with the oldest one...

I'll level with you, Basfest is no Glastonbury... hell, it's not even a Reading a Latitude or Guilfest. There is less of the on-site new age hippery and chilled atmosphere you have come to expect, and more undertones of violence and an unhealthy array of sexually transmitted disease tents (I actually did send a text to a mate saying "meet you by the chlamydia stall"). But Basfest is free, and very occasionally they will book an act worth turning out for. In 2008 we popped along to see the Bootleg Beatles (I didn't blog that one either!), which was officially Piley Jr's first ever gig. Basfest 2009 had the usual dire line up of tribute acts and talent show losers, but completely out of character with the rest of the acts was Mr Cornwell.

For all its faults, Basfest is very well run. Not interested in anything other than this one act we arrived around 5.15pm, drove straight on site and was directed by a helpful steward to a (free) parking space very close to the entrance. By the time we'd walked in a found a spot to sit it was about 5.40, and Hugh walked on 5 minutes later! Perfect! 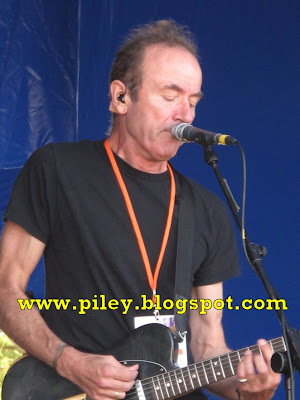 What wasn't perfect though was the steady drift of people disappearing from the site from the moment he came on. Y'see 'ol Hugh has done it all wrong... He couldn't be bothered to apply for the X-Factor or some other reality TV show, and to me (and hundreds of other Basildon-ites by the looks of it) this shows his lack of ambition and lazy tendencies. Instead he took the easy route and cut corners via a 30+ year solid gold career consisting of no less that 26 album releases (incredibly 16 of those from his solo career). If you're not a singing dustman or a bunch of page 3 'stunnas' turned girlband, then frankly, Basildon is going to give you short thrift. 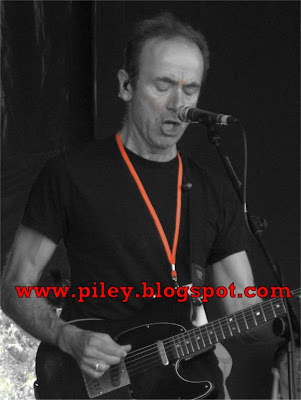 The exodus continued at an alarming rate, and after 3 songs I thought I'd try my luck at getting nearer to the stage to take some photos... and on doing so I walked straight to the barrier at the front of the stage! Scandalous! But those bare-chested red-faced locals heading for the kebab shop missed a real treat, as I have to say this performance was blinding. What a great performer Hugh Cornwell continues to be. His vocals and guitar playing were amazing and his between song banter was spot on. oh and the songs wern't bad either! Close your eyes and it could have been a 1977 Hugh up there... come to think of it, open your eyes (maybe squint just a little!) and it could have been a 1977 Hugh up there... The man can't have put an ounce on in the last 30 years. He's also been canny enough to build a rockin little outfit to support him. Caz Campbell (bass), and Chris Bell (drums) provide a powerful garage noise to complete the sound. 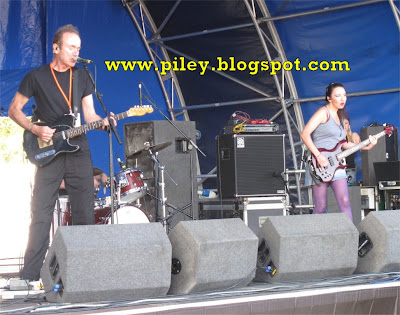 This was by no means a 'cashing in on the past' set either. Sure there were plenty of Stranglers classics on display, but there was just as much new material too. And I have to say the new songs were great. You could really see that Hugh believes in his latest work, as the intensity and passion of the performance of these tracks was very evident. He seemed genuinely excited about what he was doing. 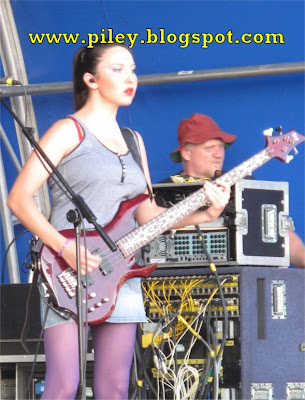 I expected to come away from this gig pleased to have heard some classic Stranglers tunes... I did that, but my lasting memory was actually that I'd seen an artist with some bloody great new material. On returning home I fired up his official website and downloaded his new album (Hooverdam) for free, just as he had told us we could (and you can STILL get it for free there now). It may well have been free, but believe it or not this album is up there with some of the best of his career work.

So, not as good as Jedward or Olly Murs obviously, but if he sticks at it, I think Hugh Cornwell could make a go of this lark... 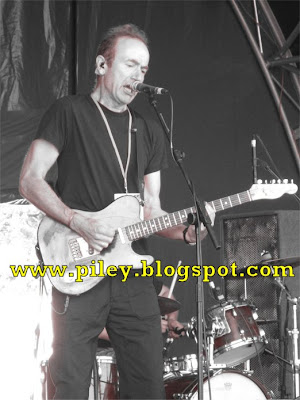 PS - since this gig took place I've read the excellent book "77 Sulphate Strip" by Barry Cain. The extensive 2007 interview with Hugh therein was a joy to read, and he comes over as a genuinely nice guy who remains every bit as passionate about his music as ever. 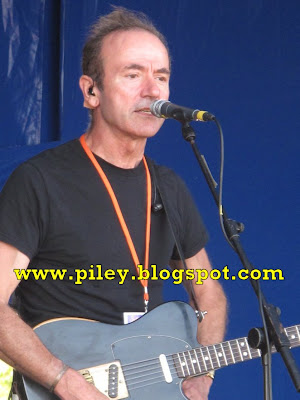 If you fancy listening to Hoverdam for yourself, why not pop over to the Official Hugh Cornwell Website, where you can download it for free.

Mondo said...
This comment has been removed by the author.
Saturday, February 20, 2010

I downloaded Hooverdam a while ago - it's a blaster, and an album that backs up my theory of 'old punks make great new music' - The Wolfmen, The Damned, N Y Dolls, The Buzzcocks, John Cale - I'm sure there's more..

Shame on the Basildon Massive for walking away like that. Come to think of it, shame on me for never having seen a Hugh solo gig. Might have to change that after this top review, in the meantime I'll be heading off to one of The Stranglers' gigs in March.
Hooverdam is a great album.

What the good people of Basildon weren't even encouraged to stick around by that good looking young bass player?!

I've not that theory before Mondo, but it does hold water yes... Can't believe Tony James wasn't in your list chap!

Cocktails - Doh! i've been sussed on why I was so keen to get down the front!! a very good point though, although I see no gold jewls or blonde hair (not even a scrunchie!) so I'm guessing not!

Lorettatata said...
This comment has been removed by the author.
Monday, February 22, 2010

That bass player must be Hugh's Young Niece. He always did have a glad eye for 'em, by all accounts.

I've never seen his solo stuff though he plays down here quite often. Everyone who had liked the Stranglers seemed to take one side or the other after the final split, and I think I took 'the other'!

Though I do find it quite endearing that in almost every interview he's given since 1977, he complains bitterly about people who drop litter. I'm certainly with him on that.

Never been a big follower but I've downloaded the album and will give it a listen.

ISBW - you are right about the "2 camps" thing... Now you mention it most people do have a preference one way or the other. I'm certainly a Hugh man, not that I dislike the Stranglers now, I just can never quite get my head round them having different lead singers! Although amazingly, Hugh has been gone for TWENTY YEARS!!! so you'd think i was used to it by now.

Martin - well worth a crank up, and at the right price too!

Have you ever been to Preview on a Friday night upstairs in The Spread Eagle.

Thats a place truly at the heart of local live music.

Read the history here - we really shoud support it more I guess.

Have heard of the preview club but must confess i've never been. Some goos stuff happening upstairs at the Railway too.

I've never heard a note of his solo stuff but i was lucky enough to see him twice with The Stranglers. The bass players is certainly better looking than JJ Burnell lol

Carl - you gotta download the latest album chap. Freemans too, how can you go wrong??!

That bass player was shit hot too, as well as being pleasing on the eye!!