My Dad's Bigger Than Your Dad... 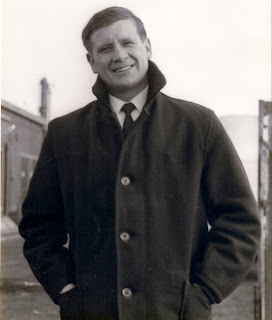 I do so love the fact that even after 43 years, you still find out new stuff from your parents!

Over Christmas my dad was telling some stories from a life pretty much spent on or around the sea. My father was with the Merchant Navy for around 16 years (from the age of 16 until 32), starting off as a galley boy. The Merchant Navy consisted of various private shipping companies, but my father worked pretty much exclusively for the Cunard line.

He rose up the ranks whilst working at Cunard, and by his mid-twenties had become a second steward. He had a number of men working for him at this point, one of whom was a gentleman by the name of 'Ted'. Ted was in his 50's, and my dad took a real shine to him. He was always keen to help out, and from the conversations they used to have, seemed like a very proud family man. My dad clearly remembers him talking about his sons, and in particular his twin boys who had recently started their own business. Ted would often remark to dad that he was the same age as his boys (about 27 or 28 at that time). 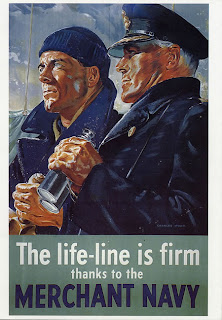 Anyway, during his time with Cunard, Ted was caught carrying out some misdemeanour or other, and my father was tasked with the job of having to let him go. This upset my dad, as he was genuinely very fond of him (and he was a terrific worker too!). But 'orders is orders' as they say, so he carried out the job. Still, the gentleman that he was, Ted took the news with grace, shook my fathers hand and bid him farewell.
My dad always wondered about old Ted and what happened to him, and a few years later he found out..... It transpired that 'Ted' was in fact a World War II deserter, and as such, even in the late 50's was still technically a wanted man. His real name was Charles David Kray, his wife was Violet Kray, his eldest boy was also called Charles, and those entrepreneurial twins? Yes, you guessed it, Ronald and Reginald Kray! 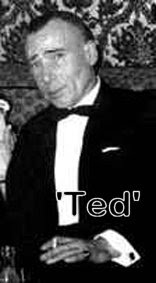 Looking back, I think my father was very grateful that old Ted took his dismissal so well!
Happy New Year!
Piley 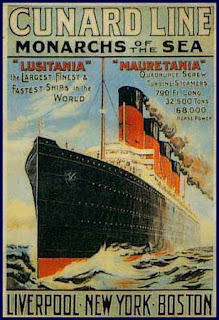 Amazing - and another example of what a small world it is, one of my oldest mates (dead now) mum was a cousin of the Krays (his mum's maiden name was Lee, the maiden name of the Krays mum). His brother used to run the Swag club, and was only talking with Paul T and Terry about him at our Elms do last week.

Further to this, my mates cousin used to work/DJ at a club we were regulars at in the eighties

Wow - what a great story.That's amazing and really well written Pilester. Happy New 2010. New Romo podcast over at mine if you fancy - it's a bit late 70's this time around for some reason...

Bloody hell! That's a top story - and your Dad only just told you?!

Good thing that old Ted didn't suggest that your Dad might want to go into business with his 'enterprising' sons!

Everyone has some Kray connection don't they? One of the students on my son's uni course is related to them in some way

A fantastic story BUT why oh why has it taken Mr Piley Senior :-) till now to tell you ?. Amazing stuff though. Small world eh ?. Shame such a nice guy had two such rotten turds for son's though , i cant stand all this hero worship that goes on for the Kray's. They were not hero's just palin ol crims end of !!!.

THATS PLAIN OL CRIMS DOH !!!! nothing to do with Mr Palin lol.

That's brilliant. My hubby's Dad was brought up in Bethnal Green and knew the Krays by (terrified) sight. When he caught hubby's little brother reading 'The Profession of Violence' as a teenager, he ripped it out of his hands and binned it! He certainly didn't have any of the misty-eyed fondness for Ron and Reg that many Old Eastenders seemed to develop.

Years later, my hubby was working for a local authority across the river in Southwark, and entered a council flat to find "Kray Enemy Number One" Charlie Richardson washing his hair in the sink! Small world alright...

Mondo - Didn't know about that Kray connection with the Swag and Brush... as you say, small world init?!

why thank e kindly RM! And a 70's poddy for us too??! Why you are surely spoiling us!! Sounds like a winner, will be over to nab it.

Cocktails - I know! It is odd that it's never come out before now isn't it?! or maybe it did when i was that much younger and perhaps it didn't hit me as much before... Don't remember him telling me though.

Furter - you're not wrong there!! I think it was the stand-up comedien Bob Mills who used to say that the Blind Beggar pub was officially the largest pub in the world, and could hold 17,000 people.... well it must of done, because you speak to any Londoner in their 50's (or any cab driver!) and they will say "yeahh... i was there the night George Cornell got killed..."

Thanks Carl... and as above, no idea why it's taken this long!! Guess my dad never really thought it much of a story... that does happen though doesnt it, something that happened to you that you just got on with at the time, but when someone else hears it they think it's amazing!

ISBW - LOVE the thought of ol Charlie Richardson doing his hair in the sink!!! I hope he conditioned it too, otherwise it'd all feel rough n harsh...

Wow what a story and to be honest I am more interested in discovering your Dad was in the merchant navy! I bet he can't believe how the River Thames looks these days and looking at these super sized container ships sailing the seas and all that.

Did he travel to many exotic locations mate ?

Christ, what a story!
My ex and her dad decided to go and pay their respects when Reggie's funeral ontourage paraded down Bethnal Green. It was a huge turnout.
I never understood that fondness for crooks thing.
"Yeah, so they killed a few toe rags but they luvved their muvvah..."

Thanks EF... yes my dad is constantly amazed at all the changes on the Thames. He also worked in Tilbury docks for almost 25 years, so has a long association with that river! Whilst in the Merchant Navy he mostly travelled to America and Canada, plus some European countries.

Ta Ist. Now you mention it I do remember the TV coverage of that, and you were right, a massive turn out. I'm not sure people liked them at the time that much, but it's odd how time has made them some sort of loveable Ant n Dec of the thug world isn't it??!