Bugger! Just like last year I can't quite do it! So this year my top 5 consists of no less than 7 albums! In 4th place it's... 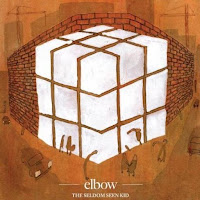 Elbow have been around forever (well since 1990 anyway), and I've always found them just 'alright' to be honest. Then in February last year I happened to see them performing 'Grounds for Divorce' on the Jonathan Ross show, and I was genuinely stunned by it... and that guitar riff had the hairs on the back of my neck up every time! I picked up the album as soon as it came out, just on the strength of that track. It turned out to be a smart move, although to be honest, it wasn't the album I was expecting after seeing that track on Jonathan Ross. It's a beautifully layered album, with a very varied sound. From the Zeppelin-esque 'Grounds for Divorce' to the acoustic guitar sound of Mirrorball. From the 60's soundtracky feel of 'The Fix' to the Spanish influenced sound of 'The Bones of You', this is a very diverse album. Stand out track has to be the incredibly moving and uplifting 'One Day Like This' - this swirling, string laden track gets me every time. I managed to catch the TV coverage of Elbow performing this track at Glastonbury last year. It was one of those rare occasions where the atmosphere of the event actually came across to the TV viewer. Stunning.

My first tip off... 'Grounds for Divorce' on Jonathan Ross: 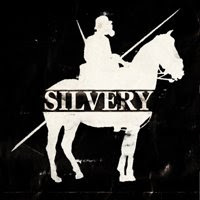 I banged on at great length about this album when it came out, so my thoughts on it can all be found in my original review here. A real gem mixing some of my very favourite ingredients (Bowie, Sparks, XTC, Blur, Kaiser Chiefs) together with a big dollop of Silvery creativity. Nothing more to add other than to say it just got better and better the more I played it. Silvery finished the year with a cracking single (not on the album), a cover version of 'You Give A Little Love' from the Bugsy Malone soundtrack! Expect this band to be huge sometime soon!

In second place it's...
Sparks - Exotic Creatures of the Deep (Released May 2008) 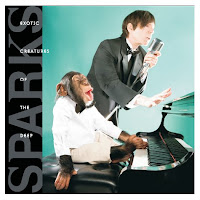 2008 was the year of Sparks for me. The incredible feat of performing all 21 of their albums over 21 nights in London really caught the imagination, and although I play them a lot anyway, the 21x21 event ensured I reacquainted myself with some of those albums I perhaps don't dig out as often as I should. It's Incredible that almost every one of those 21 albums is a quality release, with perhaps just 2 (definitely no more than 3!) that are maybe a little below par... not bad in a nigh on 40 year career! The 21x21 gigs were a rather elaborate way of promoting their new (21st) album 'Exotic Creatures of the Deep'. If you are a regular reader, you'll already know that I've raved about the Mael brothers recent material (album number 20 not only being my favourite of all their work, but one of my favourite albums full stop). Well album 21 was, incredibly, right up there as well. I don't know where these guys continue to get their creativity from, but they are still producing incredible music. Number 21 is yet another flawless album, bursting at the seams with ideas. Just reading some of the track titles made me know this was going to be another slice of Mael genius... "I Can't Believe That You Would Fall For All The Crap In This Song", "The Director Never Yelled 'Cut'" and "(She Got Me) Pregnant" for example! "Lighten Up Morrissey" is a real gem, and is Sparks at their delightfully quirky best... Russell is having girl trouble, because his girl loves Morrissey and poor Russ doesn't live up to him (in her eyes at least!). So Russell pleads with Mozza to "lighten up" in the hope it may put him in a better light with the girl!

Loved the fact that people were complaining to Radio 1 that the first single from the album "Good Morning" was a rip-off of the Scissor Sisters!!! Sit back in the chair and we'll get someone to plug it in....

My favourite album of the year goes to.... 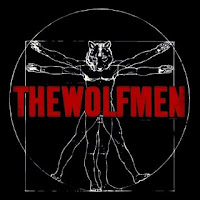 I've been buzzing on the howls of the Wolfmen for over a year now. You may remember that a 5 track sampler CD got me really fired up a while back (it even made it into my best CD's of 2007!). Well the promise of that sampler was more than delivered when their first album was released in August. All the songs from the sampler have made it to the album (although most have been remixed, tweaked and sharpened), which for me gave it a great 'new and old' feel. Fantastic to hear the final nailed versions of the tracks I knew so well, and a real buzz to hear 6 new songs from Marco, Chris and the boys. The thing I love about this album is how it reminds me of every great musical journey of my youth... from the Stooges to the Ants, from Bolan to Roxy, from Bowie to The Velvets. It cherry picks everything that's great from the 60's, 70's and 80's and teleports them all into the 21st Century... providing you with the freshest sounding album of 2008.

Check out this blistering cover of 'Needle In the Camel's Eye':

The Wolfmen joined the merry band of bloggers here on Blogspot this week. Why not pop over and catch up on all the very latest news here.

I really do applaud you finding seven albums to get sexed up about in 2008 Piley. I bought a total of two new releases in 2008. Elbow ? i just don't get it i really dont. Don't any one like rock n roll any more ???. I've come to the conclusion that as i have only a limited amount of listening time what with work, studying , kids , placement for my course , counselling etc etc that when i finally get some listening time i want to hear what i really love. I spent so much time checking modern stuff out and getting fuck all off it that i now stick with what i know and love. Unless someone sits me down and say's listen to this and it blows me away that is. I listen to all those free CD's of modern stuff given away with magazines and 99.9 % of it is shit to my ears. There is no one doing any thing to rival the greats of the 60's & 70's. A handfull of bands like Spiritulized , Primal Scream , Secret Machines , Black Mountain ,Fu Manchu and Wolfmother turn in some good stuff but so much of today's stuff leaves me cold brrrr. Shame isn't it ?. Still i have Jimi and The Stooges and Zeppelin and Faces and Bowie and Ramones and Sex Pistols and Robin Trower and Floyd and Pink Fairies and classic Quo and Rolling Stones and Black Sabbath and Television........life aint so bad. Me ? i'm uncool to the bitter end (dont give a fuck either :-).

Thanks for the extensive reply Carl. Don't get me wrong, The majority of my purchases are still back-cat too, as is much of my playlist... These are the songs and albums that shaped your life, how can you stop listening to them??! Only 3 of my 7 can even remotely be classed as new bands to be honest, but it's good also that some of the old fuckers I like are still pumping out some quality new toonage.

As sad as it sounds I still crave that 'buzz' that only comes with discovering something new and interesting, so I do still try with new bands. Get my fingers burnt more often than not too, but the gems are out there, and make it all worthwhile when you get a bite!

I thought 2008 not the greatest year for music personally.

I do get Elbow - normally I dismiss the Mercury prize as often I think the award is some PR stunt or a kick back to someone. I knew Elbow had won it but thought - so what? Then I saw them on Later and was like "Wow - now that was a performance". Bought the album and me and Mrs F have loved it since. Carl - I do agree though it ain't no rock n roll balls out rocker and in other years wouldn't have rated so highly with me no doubt.

With you all the way P, and in that order too - Song Title of the year has got to go to Sparks for Lighten Up Morrisey - surely

I really admire that you keep plugging away and keep finding things P. I too seek out a lot of stuff but it's all old (but new to my ears) i need that buzz too. 99% of the (new) gems i find are from the 60's 70's and some times 80's. I really wish i could find more "modern" stuff to enjoy but i just cant be botherd to search becuse it ends up being so futile for me. I bought loads of stuff last year but it was all from the past. Bought a couple of fantastic heavy psych compilations, kinda the fore runner of heavy rock type stuff. Guess i'm an old hippy eh ? :-). Furtheron - a lot of my mates have been raveing about Elbow so i'm obviously missing out here. My be i'll check em out again.

You may already have this but if not get Spotify.

Its absolutely awesome and free (via invite), you can listen (legally) to thousands of albums and millions of singles including many of your faves from 2008. (well definitely the Sparks and Wolfmen albums)

Its invite only at the moment but this NME site has an invite link.