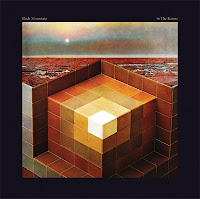 I love it when an album takes me by surprise... the rest of my top 5 I kinda expected great things from, but this little beauty was a bolt out of the blue. Considering it's steeped in a classic 70's psychedelic-ey, rock sound, this album sounds so incredibly fresh and exciting. You hear so many influences (Led Zeppelin, Floyd, Deep Purple, 70's Krautrock, Neil Young, Hunky Dory era Bowie... right up to Spiritulized, Duke Spirit and The Black Angels), yet never at any point is it a lazy copy of any of those artists. There is just so much going on, this stayed in my CD player for weeks at the beginning of 2008, and continued to be revisited throughout the year. It gets better and better the more time you give it. I think it would have made my top 5 just for the 17 minute track 'Bright Lights' alone! But fortunately, every track is a winner on here. Here is the video for Wucan: 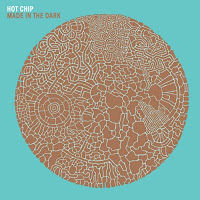 I've always loved Hot Chip's geeky, synthy, quirky electro indie-pop, and it's just as well, coz Made in the Dark was yet more of their tried and tested sound! But somehow, this album is just that bit better than the others... more polished, more realised. Their previous two albums were both great in places, but always left me with a finger on the 'forward' button, wishing for a little more. This time though they have made a great album from start to finish (OK, OK, maybe 'Wrestlers' is a weak link!). For me a great album is STILL so simple... well structured great tunes, catchy hooks and intelligent lyrics. If that's your recipe too, then this could be an album for you! Stand out track for me is Hold On - a really great, intelligent dance track, a thumpin full on disco bass laced with scratchy guitar sounds and the funkiest of rhythms.

Here's a clip of the first single 'Shake a Fist' for you to have a peep at. Unfortunately no official video was made for this track, but this promo video for Urban Outfitters using the track is still worth a go! 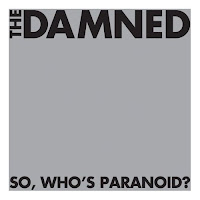 Seven years ago in 2001 I nervously bought the first 'official' Damned album for 15 years, Grave Disorder. I expected very little from it to be honest, but it turned out to be an absolute corker. Had you not known better you'd have sworn it was from their Black Album\Strawberries period. So this time I couldn't win... How could I doubt them again after the last success? But on the other hand, surely they couldn't do it again??!! Well they have!! 31 years after the release of their debut album, the Damned turn up trumps once again, sounding fresh as a daisy in the process! This album continues on where Grave Disorder finished... definite nods to previous periods of their career, but also not scared to experiment with something new too, it's just the right mix all wrapped up in a swirling psychedelic haze. And check out the creepy, psychedelic gothic genius of closing track Dark Asteroid... all fourteen minutes of it! A Curtain Call for the 21st Century! Like all the albums in my Top 5 this year, not a bad track on this CD.

I'll be back in a few days time to post my top 2 albums of 2008, but in the meantime, let me know what little gems you picked up last year....

That's made my mind up - I still haven't got The Damned album, and been meaning to pick up the Hot Chip one for ages

I have the new Damned album... I haven't had time to really give it a proper listen yet, but I am looking forward to it. We were bummed that Vanian got sick and they canceled their US run last month.

The best albums i bought this year were all recorded in about 1973/74. I think so much of the current scene is dismal. I do think Black Mountian are interesting though and agian thats probably because they sound old or are influenced by old stuff.I'm sick of miserable shoe gazing bores like Coldplay and clever clever bores like Radiohead pop punk crap and the heavy rock scene is dead, all these tenth rate bands like The Answer just copying a load of Zep and Sabbath riffs and thinking that cuts it pah !!!!.Long live The DAMNED what a great band, always were.

Cheers Nazz - Be interested what you think after you've given it a good going over.

Carl - Ta mate. Yeah it gets harder and harder as we get older and older! And of course our 'back cat' is getting larger all the time...