My first proper blog post was a piece titled 'When Bands Go Bad', about the heartache an embarrassment that can happen when a band you follow inexplicably go crap! I also did a post a while back on the music of Charles Manson and the guilt trip that goes with listening to any of his material. Re-reading these two posts the other day got me thinking about the whole protocol of following an artist, and exactly where the 'cut-off' point should lie.

Over the years, all sorts of music artist have fallen foul of the law (yup, Bowie, Kid Rock, Johnny Cash, Jim Morrison, Sinatra, Jack White, Elvis, Michael Jackson, Sid Vicious, Axl Rose, Jimi Hendrix, David Crosby and many more have all found themselves pissing in a bucket for a night or two), anything from drunk and disorderly (which only seems to increase their popularity in the eyes of the fan), brawling and punching photographers, right down to under age sex. Some of them rise to much bigger stars after the event, whereas other (Johnathan King anyone??) can never return. But there is no guide for us poor fans, on how we should react to these misdemeanors. Let me elaborate...

As a kid I was a big fan of Gary Glitter, in fact the first record I ever bough was one of his. Then when I got to my early 20's the 'ol nostalgia buzz kicked in, and I started going to his shows and playing his music again. Everyone knew I was a fan, and I even organised a coach trip at work one Christmas for most of the office to go see him live. Then in 1999 he got caught with a load of child porn on his PC, when he took it into PC World for repair... but it was me left picking up the pieces!!! The accusing looks over the desk the next morning at work almost had me down as his accomplice!!! The opening bars of 'Rock n Roll Pt I' used to send shivers down my spine (admittedly I was usually well tanked up on lager and Mad Dog at the time), but now on the rare occasion I hear it, it makes me feel physically sick.

So when one of your favourite artists fucks up, what do you do? Immediately dump all the CDs, books etc? Hang on to them all but never play them again? or stick it out and carry on regardless? It's a moral dilemma with no hard and fast rules. But if you're struggling with one at the moment, with tongue firmly in cheek, and in the best tradition of all the worst Sunday tabloids, here's my hastily lumped together decision chart (coz people cant make their own minds up anymore apparently)....

You may need to click on the chart if a magnifying glass is not handy! 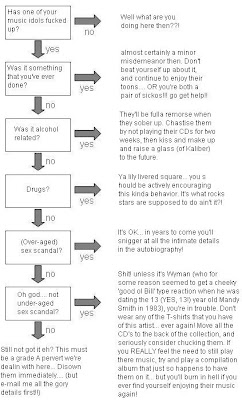 Finally, here are a few of those rock star Police 'Mug-shots'... 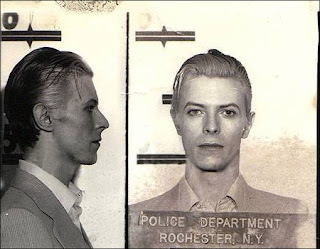 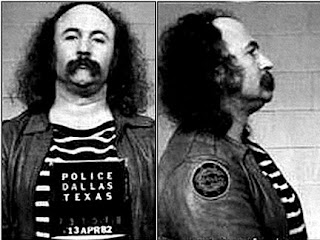 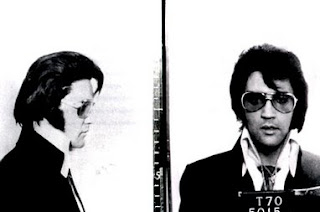 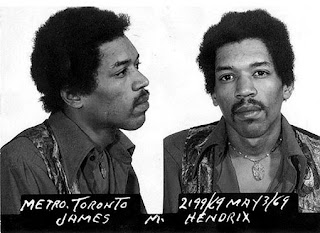 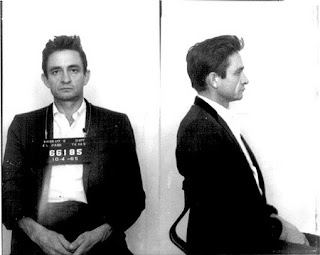 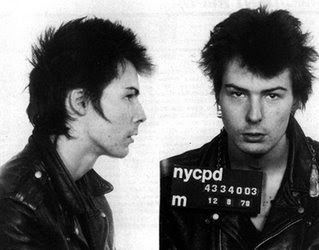 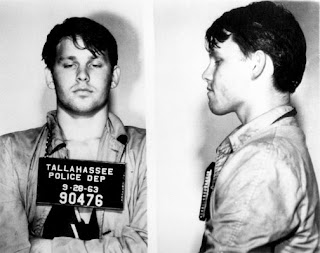 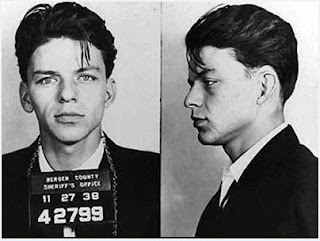 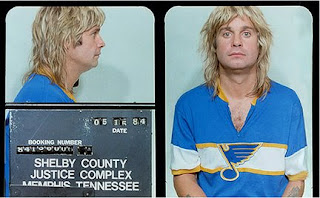 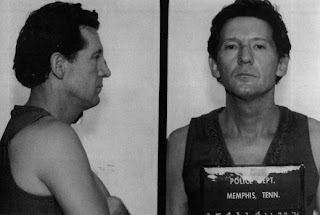 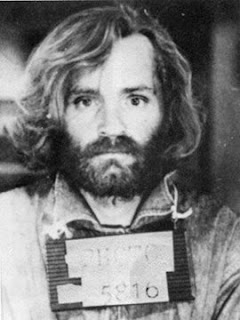 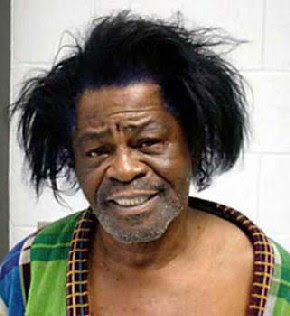 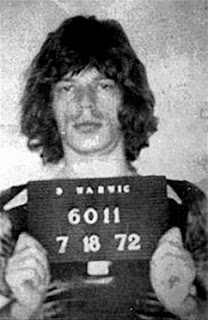 Speaking of Axl Rose, I'm actually downloading the new "Chinese Democracy" album as we speak. It's not great, but better than I was expecting.

Only Mick manages to look cool. Great chart BTW. But I have to ask. Why revisit this mate? You feelin' guilty or what? I'll let you know when I get busted and will send you my pick. Me thinks I'll look like a fat Jerry Lee Lewis in profile.

The Bowie pic's a cracker - but know what you mean about this wha'doyoudo? And how come some stars manage to get away with glossing over it - I mean where's the Pete Townshend bio' he was so busy 'researching' by regular visits to kiddie fiddler sites -

He made a big enough shout about it 'being for his autobiography' at the time - well where the bloody hell is it then Pete?

I actually thought "that's a good photo of Ozzie from that time" - why the hell was in the slammer then - he looks pretty together given some of the states he's appeared in.

So if you've been busted but not yet a rock star how's that work...?

It really does depend on the crime for me. I could never listen to Gary Glitter again (never was much of a fan any way , lets face it he was pants really). I still listen to The Who though , I don't believe Pete Townshend is a peadophile although he is a total fool and what he did was soooo fucking stupid (as Mondo said WHERE IS THE BOOK PETE ?). If it was actually proved he was one i think i'd have to burn all my Who stuff (and i love thier music). I recently read a book about Keith Moon (Dear Boy) and he beat his wife and i find that totally foul too BUT i still listen to The Who. This is a good question Piley. Child and spousal abuse i find hard to deal with but by that token should i burn my Who CD's?. In answer to Furtheron Ozzy has been banged up a few times once for burglary pre fame, once for pissing on the alamo in texas (went down a storm)and also for attempting to strangle Sharon his wife (understandable me thinks ha ha :-).In the words of those Aussie rockers Rose Tattoo Nice Boys Dont Play Rock N Roll :-).

some great comments, thanks everyone.

Great point about that autobio Mondo!!! I'd never thought of that!!! I too looked at the Bowie one and thought, fuck me you look cool!!

Furtheron... oh god, you've opened up yet another moral dilema!!! Dificult one that.. Bit like Dirty Den in Eastenders eh?! (crappy UK Soap opera for those lucky enough not to know it). He got really famous through it in the 80's then it transpired he'd killed someone before he was famous (taxi driver?). I wasn't a fan anyway, but it certainly put me off him more. Like Carl says, gonna depend on the 'crime' init??.