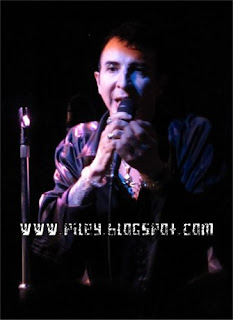 I've mentioned before that Marc Almond gigs are something of a varied beast. Always a fabulous evening of course, but after 27 years of going to see him live, I've all but given up on trying to second guess his setlists. This show was no exception.... taking place just 48 hours after the release of his brand new album (Varieté), my money would have been on an almost 'track-by-track' run through of it. But as usual I was way off the mark...

A Marc gig in a small venue usually means two and a half hours of intense, soul wrenching songs of doom, gloom and unrequited love - all played in 'pin-drop' respectful silence. But with this small venue being the 'all standing' Jazz Cafe in Camden (part of a week long series of gigs at the venue hosted by Mojo Magazine to celebrate the Mojo awards), Marc allows himself a rare opportunity to let his hair down and have fun! Hence he trots out songs from his bulging back-catalogue that I've not seen him perform in over 20 years... and one or two I'm not sure I've ever seen him do live. 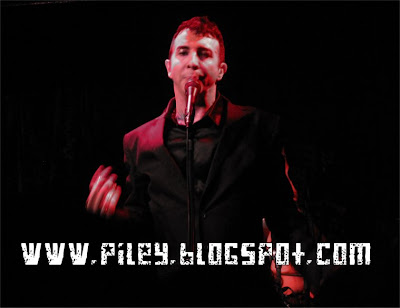 Marc looks incredibly relaxed and fresh faced as he and his stripped down band take to the stage via the diners on the second floor (an odd set up that you have to see to understand!). There are a smattering of tracks from the new album in evidence tonight (Intro, Nijinsky Heart, The Exhibitionist, Trials Of Eyeliner, Bread And Circus, Cabaret Clown, Variety) but the majority of the set consists of rare outings for some of Marc's livelier numbers (the ones that get the least live airings these days). He looks as though he's really relishing this chance to let himself go - like the studious kid allowed to bring a toy into class on the last day of term - and enjoying the rare opportunity to not be tearing at his soul in agony with his heartfelt torch songs. 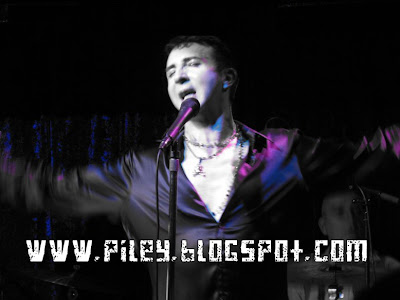 Incredibly, Marc is celebrating 30 years of being a recording artist this year (where did those years go?!), and to mark the occasion is touring his rarely performed 'hits' at the back end of the year. But tonight he seems to be celebrating those 3 score years a little early, as we skip through the decades with a perfectly chosen setlist, guaranteed to please Marc fans from any era.... Joey Demento from his debut solo album in 1984, Tears Run Rings from 1988, Jacky from 1991, Brilliant Creatures from 1996, Black Kiss and Open All Night from 1999... the list goes on. But the biggest surprise for me is the performance of the very first Marc and the Mambas track to ever be released, way back in 1982 - the fan club only 12" single Sleaze (the same year Soft Cell released 'Say Hello Wave Goodbye'). The addition of a Hammond organ to this arrangement gave the track a great new groove, and provided it with a whole new lease of life. Marc has always fused this song with a few bars of 'Walk on the Wild Side', but tonight he extends his Lou Reed tribute to a full two minutes worth. 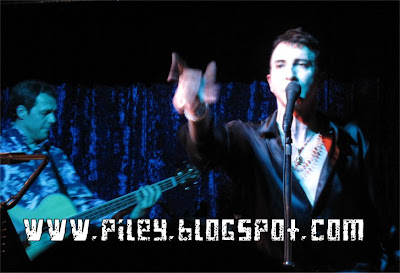 It's too difficult to leave the stage at the Jazz Cafe prior to your encore. I've seen a few gigs here over the years and everyone does the same thing.... Tonight's no exception, and rather than climb all the way up the rickety stairs that go directly from the stage up to the restaurant on the 2nd floor, it's really much easier to just ask the crown if they want some more! 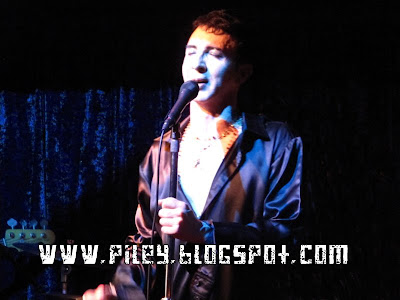 There's an odd phenomenon in music, and when artists get older, they sometimes feel awkward about playing songs from their youth (how does Daltrey feel singing "hope I die before I get old" these days I wonder?). I particularly remember reading Bowie saying he felt uncomfortable performing much of his Ziggy era songs in his later years. There is none of that here though, as Marc reels out Bedsitter and Tainted Love, both from 1981. Bedsitter in particular is spot on, sounds better than ever, and Marc looks cooler than ever performing it. We finish with the second Northern Soul song of the encore, Kenny Robert's lost classic 'Run Like The Devil'.... after which Marc jokes that his next album might be a collection of obscure Northern Soul songs! Ha ha! we all laugh, then slowly all realise that actually, that would be a fabulous idea! 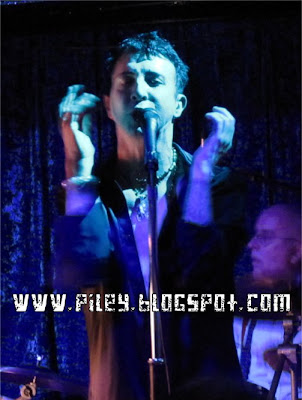 So everyone leaves with a big silly grin on their face (not least Marc, who has danced, laughed and enjoyed himself as much as anyone), if this is a teaser of what's to come in the autumn, then the 30th anniversary tour should be one to catch at all costs. And what a treat I have in store... opening night? Southend! (front row, natch!).

Sleaze (with a large dash of 'Walk on the Wild Side for good measure):


Bread and Circus (from the new album Varieté):

Sounds like heaven. And more to come! Are you one of the 'regulars' he's mock-complained about because you always pop up in the front row and he never gets to see any other faces?

I've got a huge marshmallow spot for Marc. He used to turn up at a club I used to go to back in the day, and he was always really nice. Very giggly.

Watching those clips it's very clear to see how much Marc gets out of performing after all these years, looks very happy and relaxed.

Nice photos - looks like you were standing in the front row!!!

I always HATE to go see someone RIGHT AFTER an album release because as you mentioned, NORMALLY the show is simply to "plug" the new album.

ISBW - funny enough, I'm the person he's sticking up for! Despite being a big fan, I've never been part of that 'inner circle' mob (nor would I want to be). There is certainly something going on, I don't always get lucky with tickets, particularly when he plays these small shows, yet year after year the same 'ol bods in the front row - he is dead right, even I know who they are! In 27 years of seeing him, this will be the first time EVER i've been front row! I only got that becasue I rang up the box office every single day until they went on sale.

J&T - He's is some performer, well worth seeing if he ever heads your way (check out the tour dates, he may well be!)

Lil - Glad you liked it, thanks! Yes, front row for the opening night of the tour! Can't wait!

Cocktails - believe it or not I was actually at the very back!!!! A combination of my 6ft 4" height and an half decent camera came to my rescue!!

Heff - Depends on the artist I guess. If it's a lame 'ol album though, then you are in for a long (and boring!) night!!

Sounds a gem of a gig. Nothing better then when an artist does fan favourites..rather than grinding through the expected classics, tiresome for them and the regulars

Don't know if you've seen it, but the gig got a great review in this month's Mojo..

Yeah, many of these were indeed 'fan faves' rather than hits. The autumn tour will be interesting as he doing his 'hits and A-sides'. Again, as a rule he doesn't play these very much, so oddly for him, banging through the famous stuff will be quite change!

Didn't know about the review, will have a look at that. As this was a Mojo sponsored gig, i'm not 'too' surprised there is a glowing review!!! Although it is most justified!

For some artists the moving on thing is an intrinsic part of them... to see Marillion performing Fish stuff now is just... odd...

however for others they are what they are and were so good to hear Marc is still belting out the old ones.